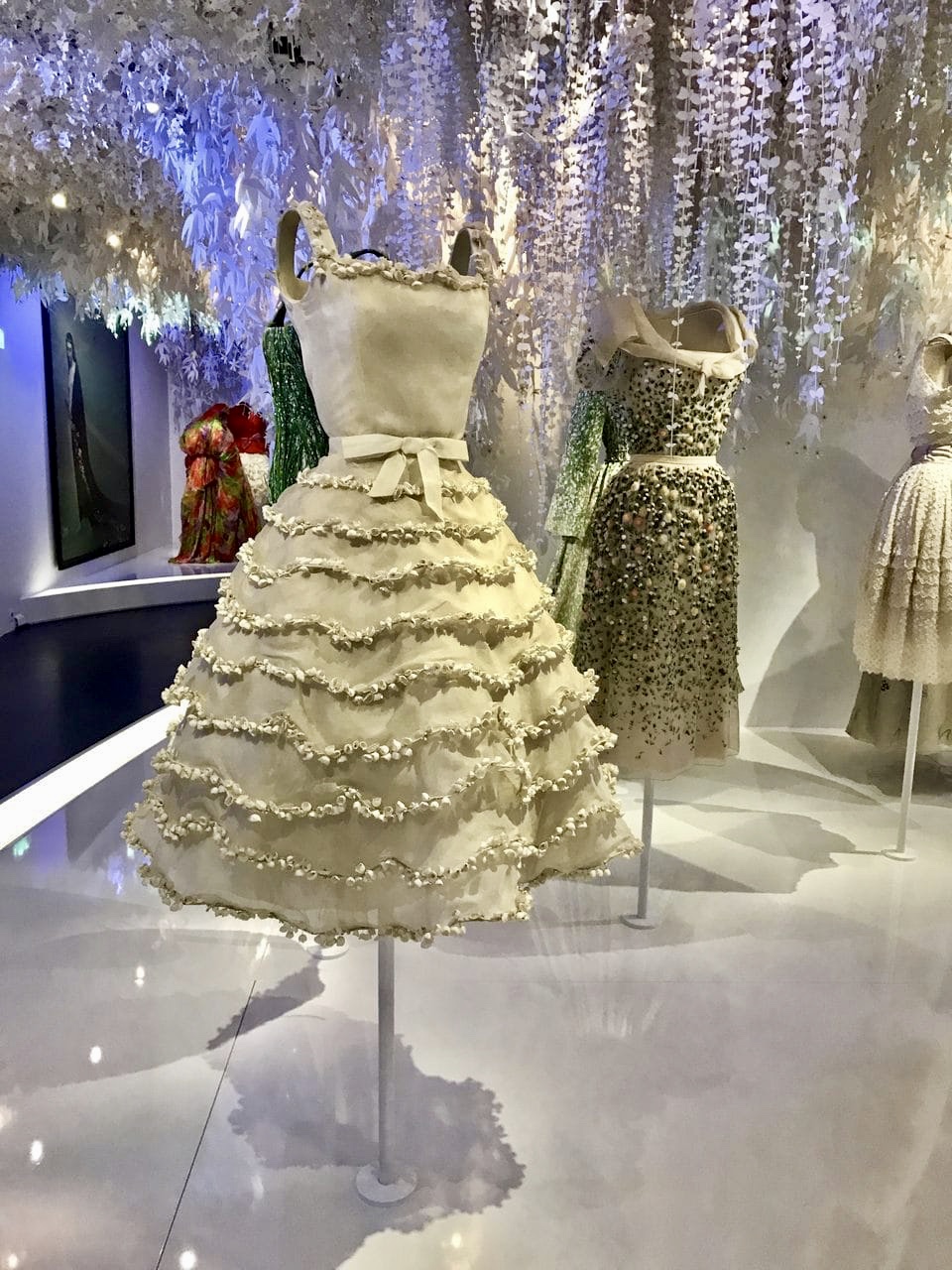 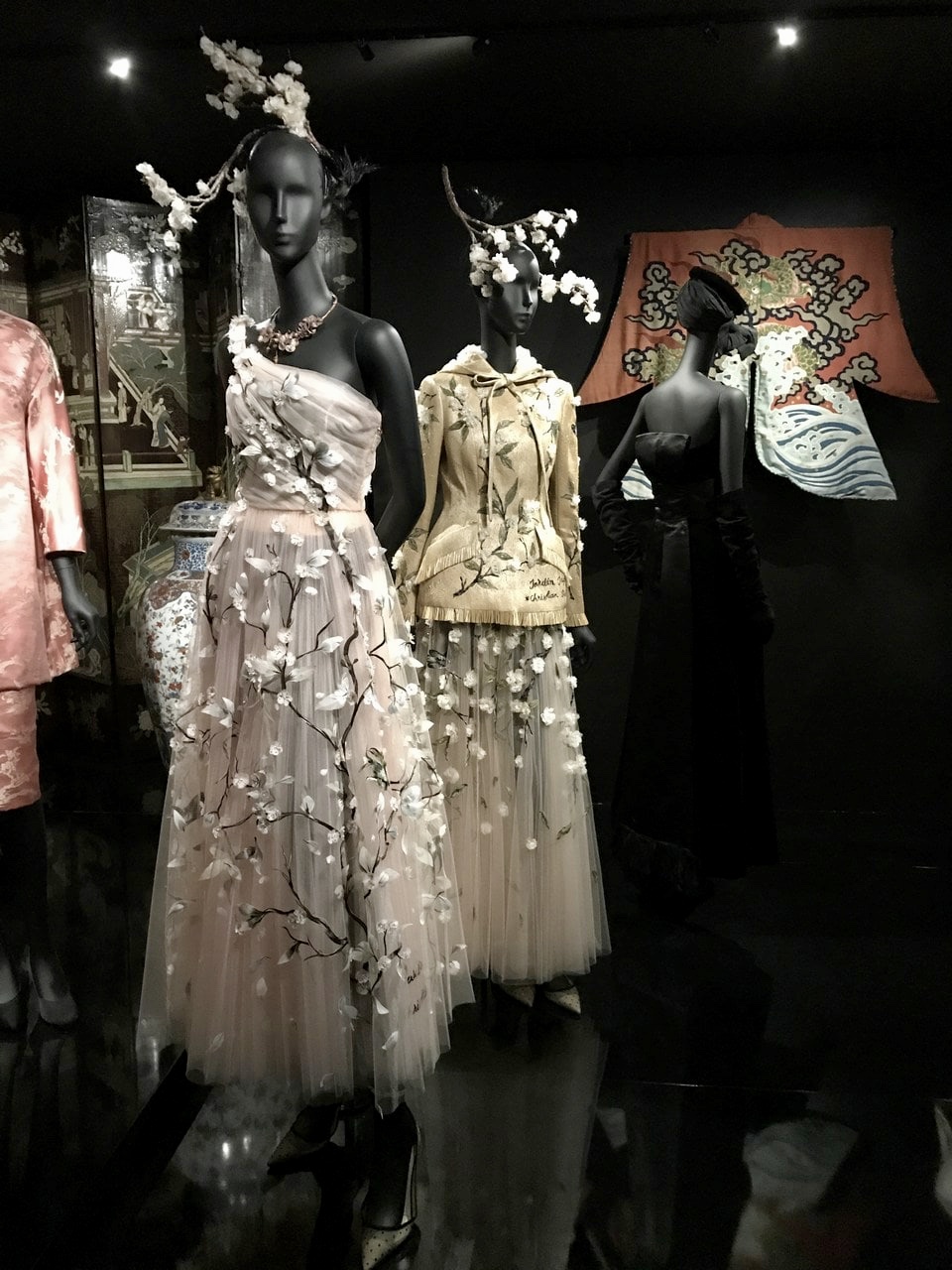 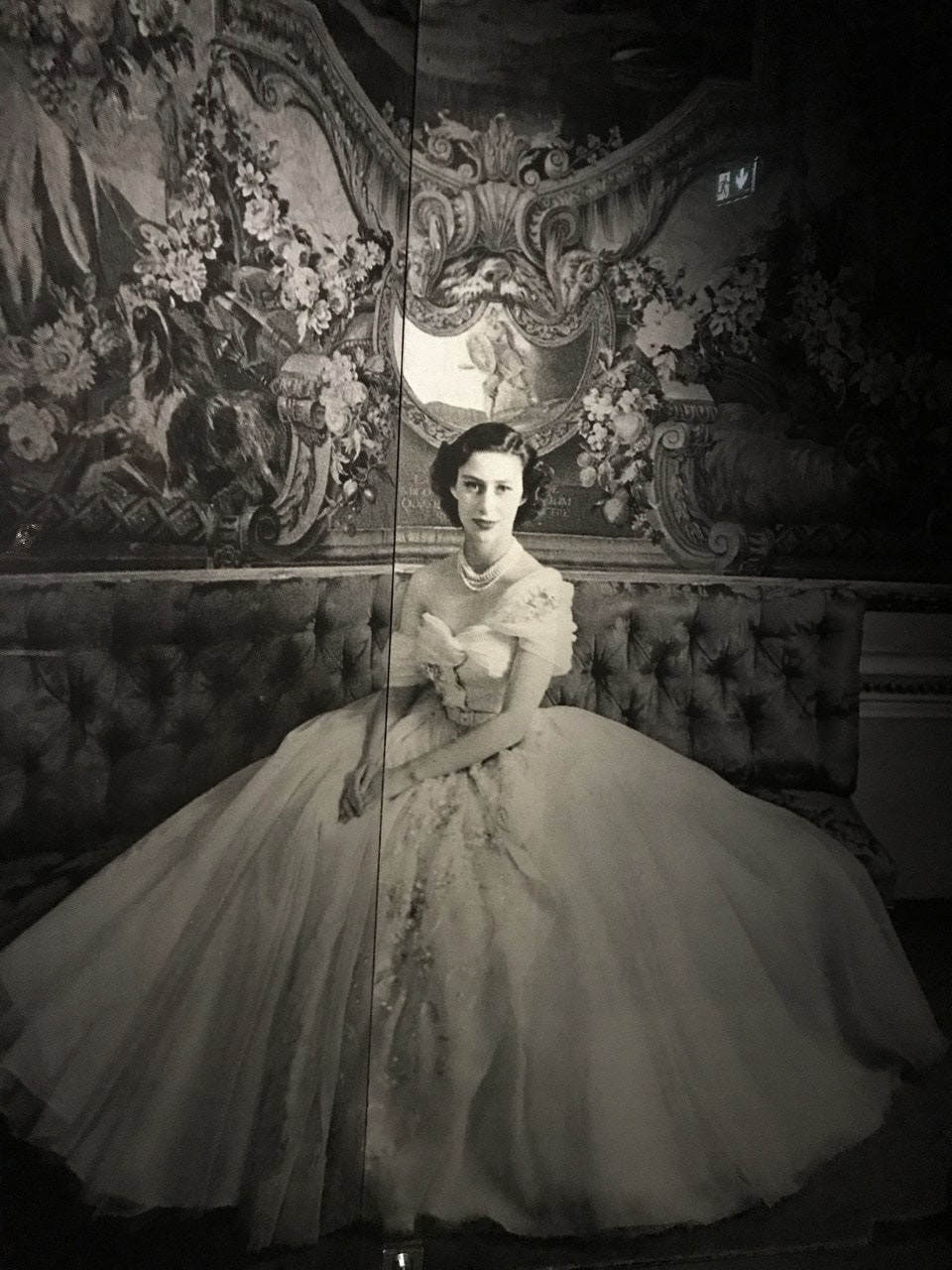 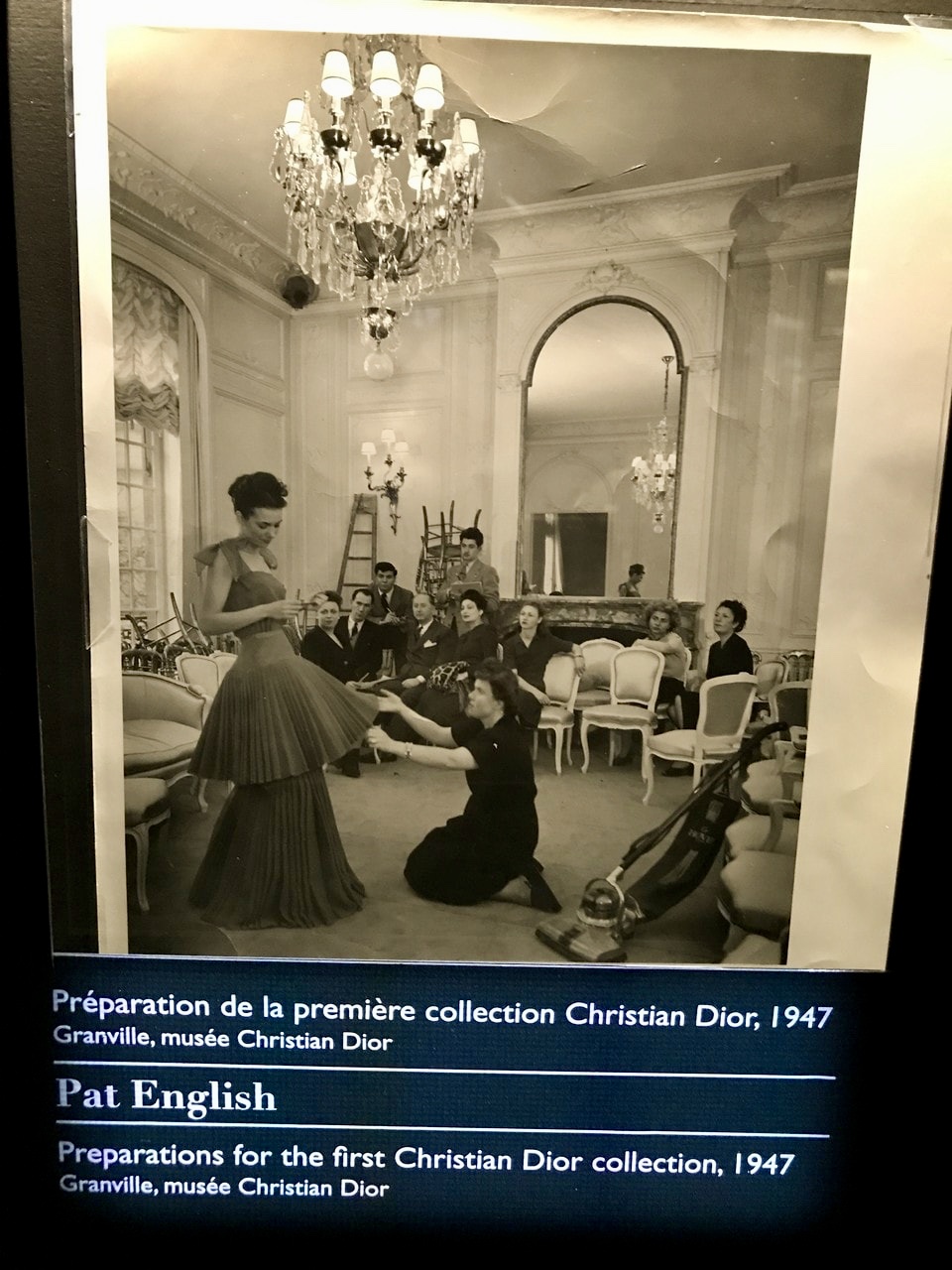 The first Spring- Summer collection is presented on February 12. Carmel Snow, editor in chief of Harper ‘s Bazaar, declares: “ My dear Christian, your dresses have such a New Look!” 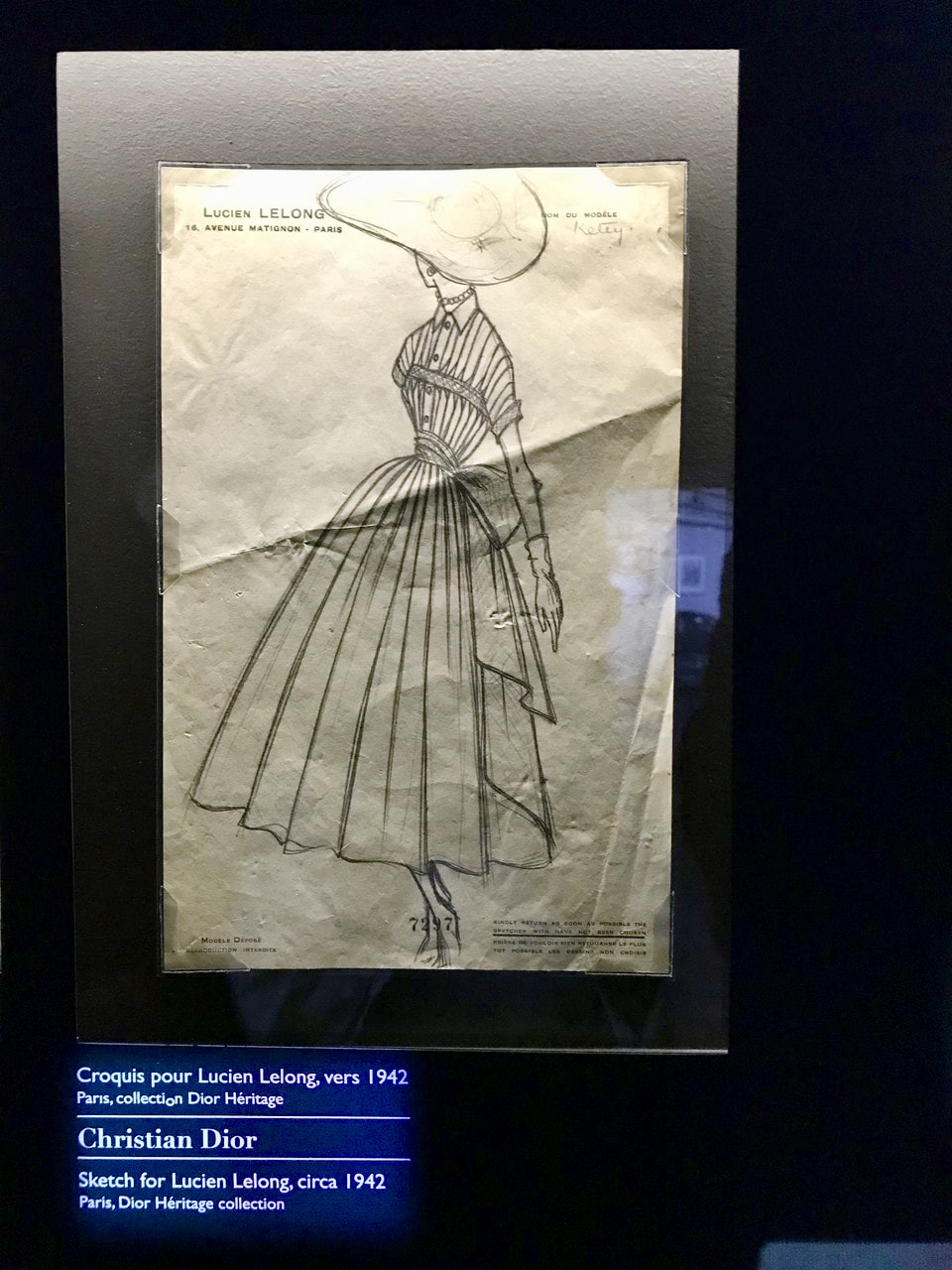 Christian Dior was forced to close down his gallery in 1929 in the wake of the financial crisis and in 1935 he learned fashion drawing, a skill that helped him to be hired as a designer before he opens his own fashion house in 1946 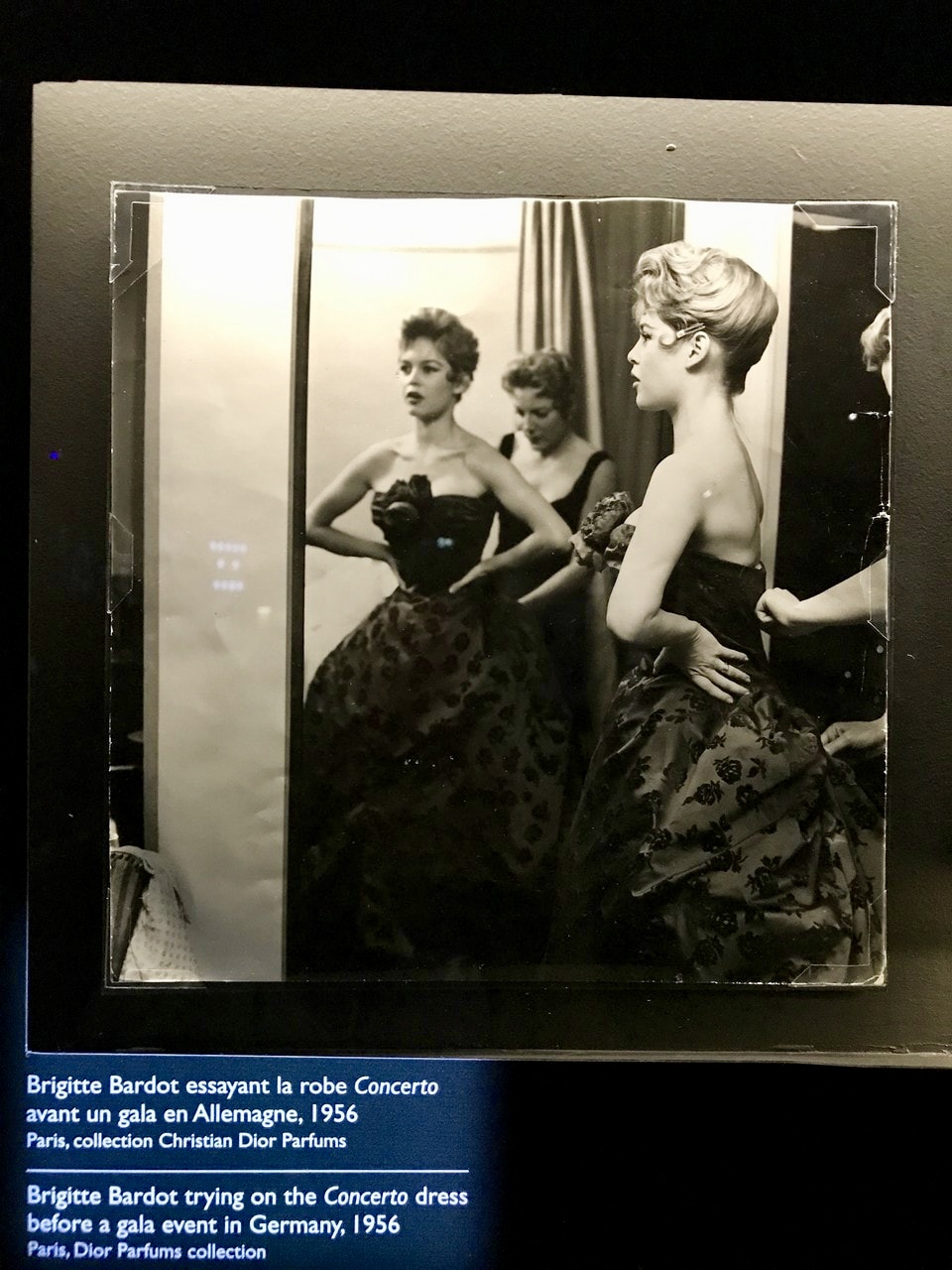 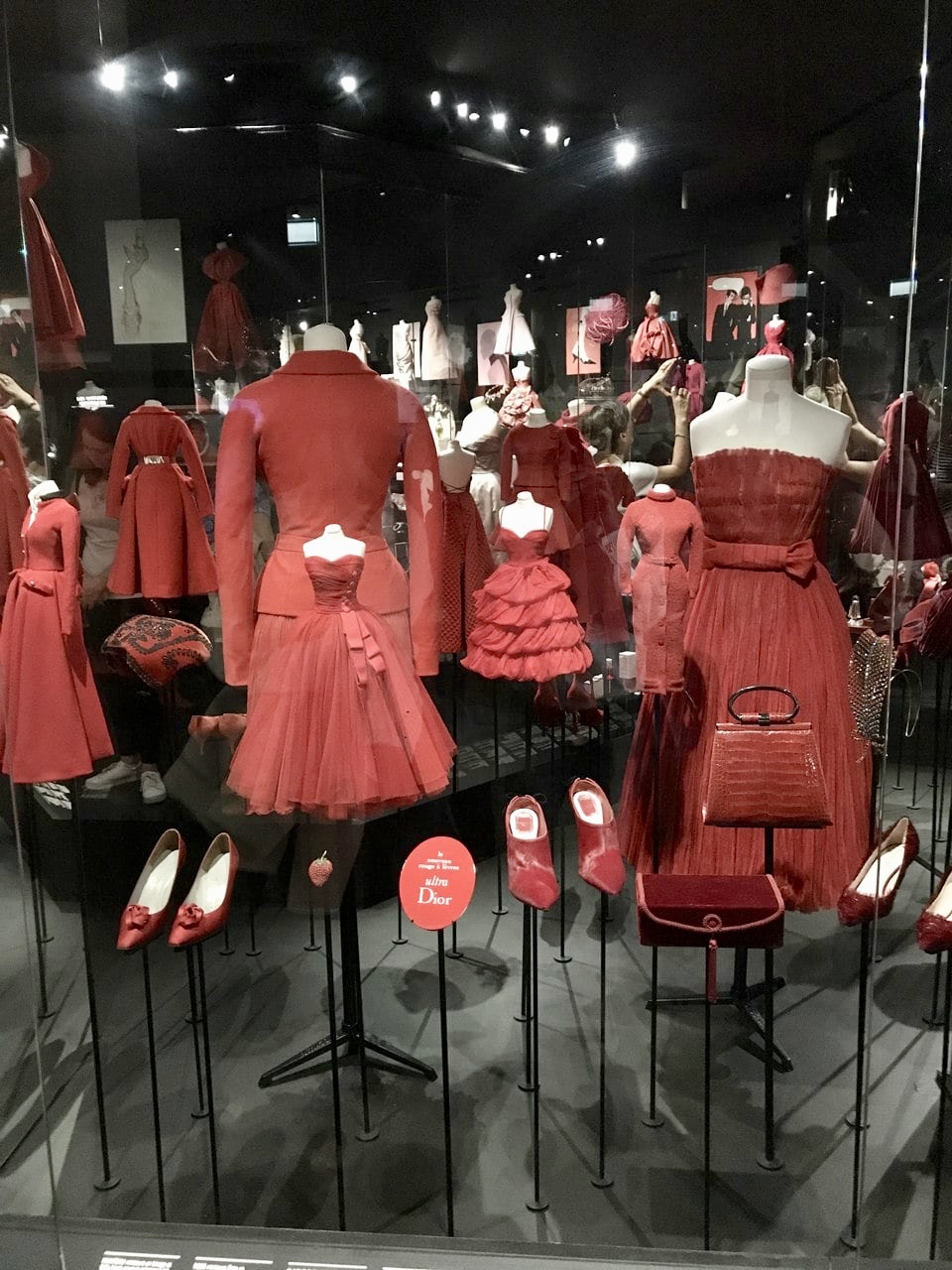 The exhibition’s mood boards  with the Dior’s iconic miniatures are the most exquisite  i have ever seen.. 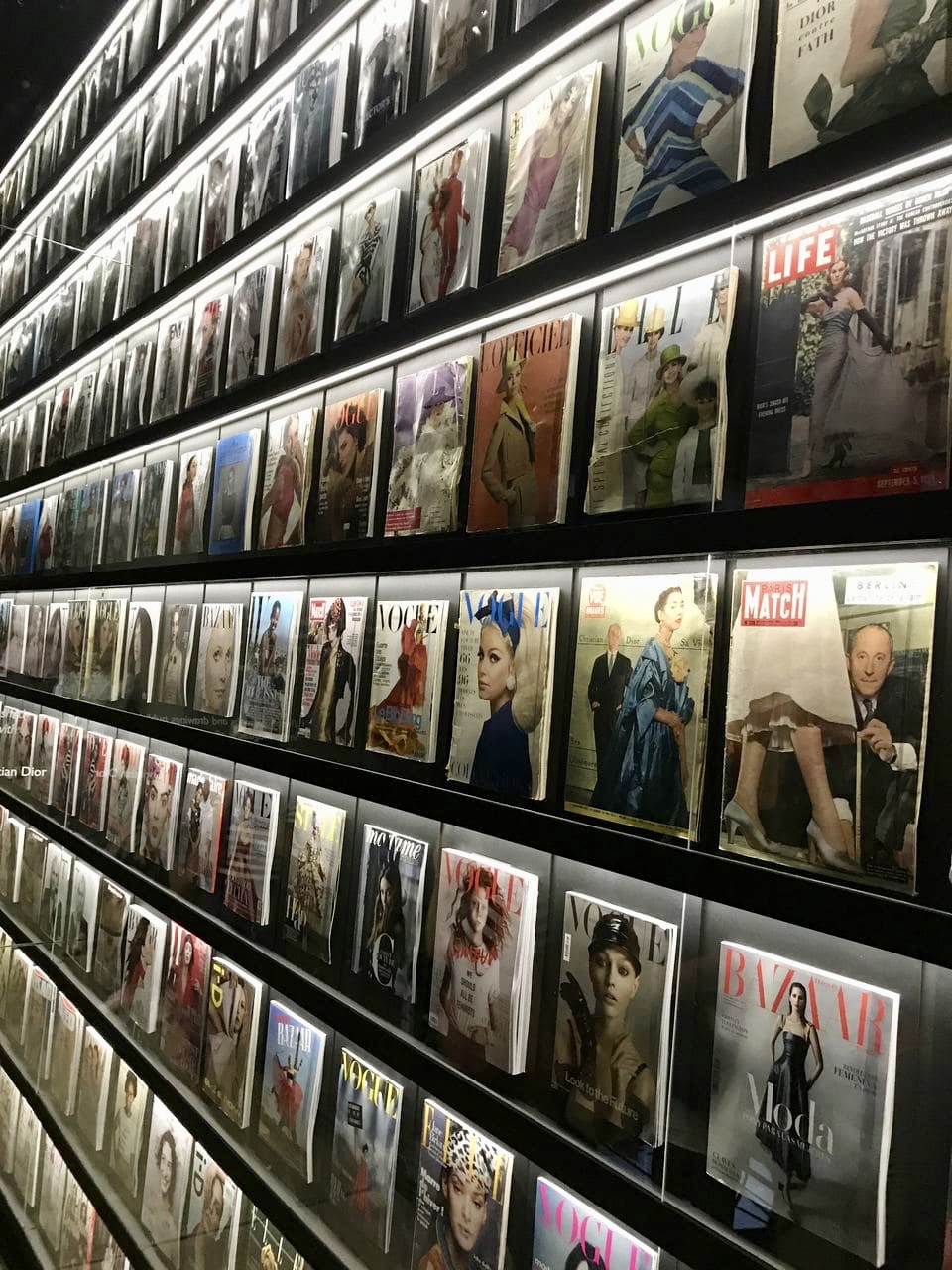 Such an impressive magazine wall..All Dior 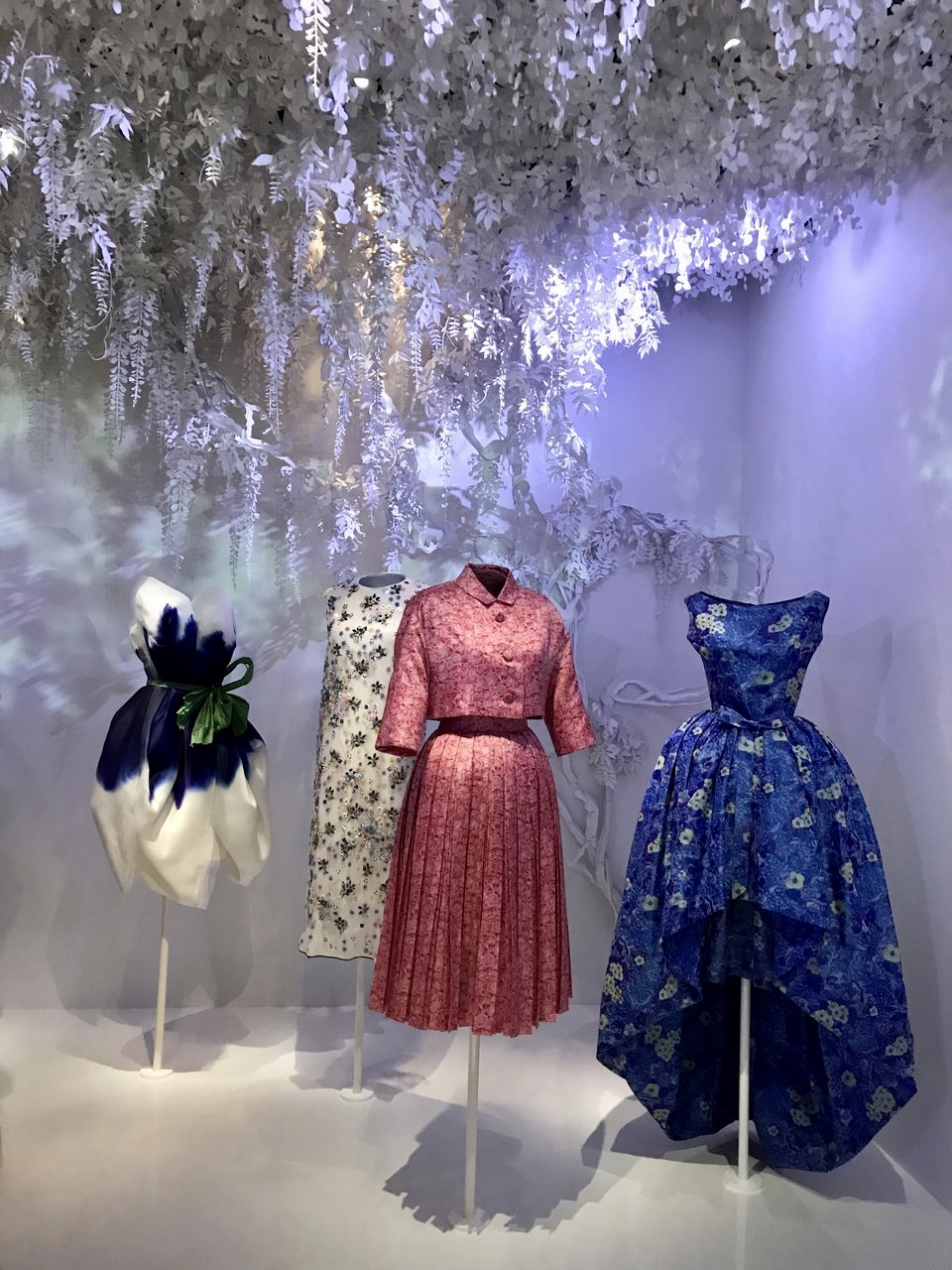 Les jardins Dior. The Dior gardens “After woman, flowers are the most divine of creations” he use to say..An array of paper flowers was installed like a hanging garden to depict Christian Dior’s passion for flowers & gardens.

A breathtaking entrance that leaves you speechless

A house as important as Dior merits a phenomenal exhibition to celebrate its 70th year shaping the fashion sphere.

At the musee’ des Arts decoratifs in Paris  a breathtaking retrospective featuring over 300 haute couture creations  of the house of Dior. This lavish and comprehensive exhibition invites visitors on a voyage of discovery through the universe of the house of Dior’s founder and the illustrious couturiers who succeeded him : Yves Saint Laurent, Marc Bohan, Gianfranco Ferre’, John Galliano, Raf Simons and most recently, Maria Grazia Chiuri.

The selection of over 300 haute couture gowns designed between 1947 and the present day has a unifying thread of emotions, life, stories, affinities, inspirations, creations and legacies.

Alongside the dresses is the most wide-ranging display to date of atelier toiles and fashion photographs, as well as hundreds of documents, including illustrations, sketches,documentary photographs, letters and notes and advertising documents, and fashion accessories, including hats, jewellery, bags, shoes and perfume bottles. Reflecting the fact that Christian Dior was also a knowledgeable art lover who adored museums, designs from over 70 years interact with a selection of paintings, furniture and objects d’ art.

These works highlight and develop Christian Dior’s outlook by exploring the ties he forged between couture and all forms of art, defining the house of Dior’s enduring influence.