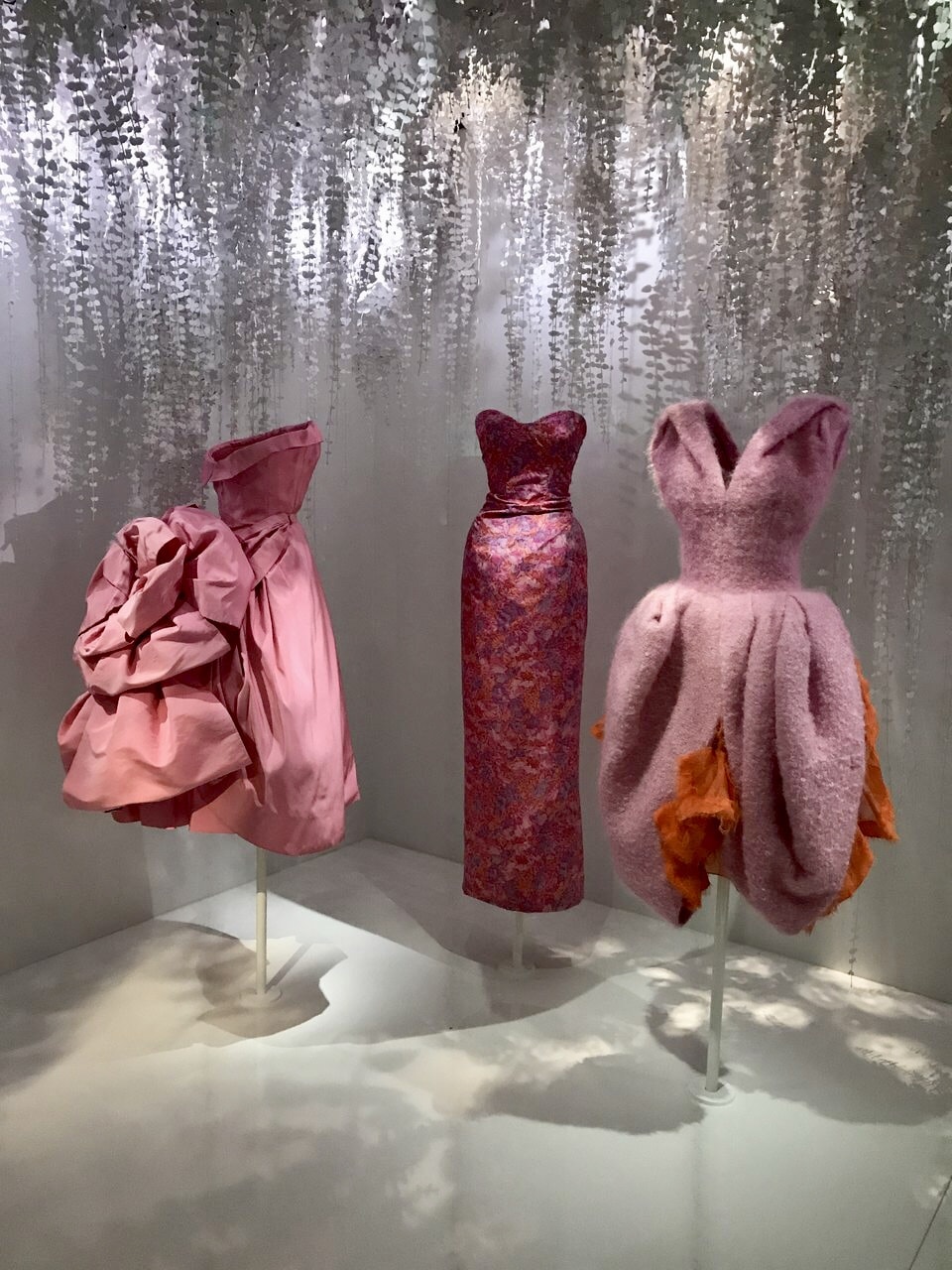 The Dior Gardens: one of the most spell-binding rooms of the Dior exhibition. Dedicated to the designer’s love for all things floral 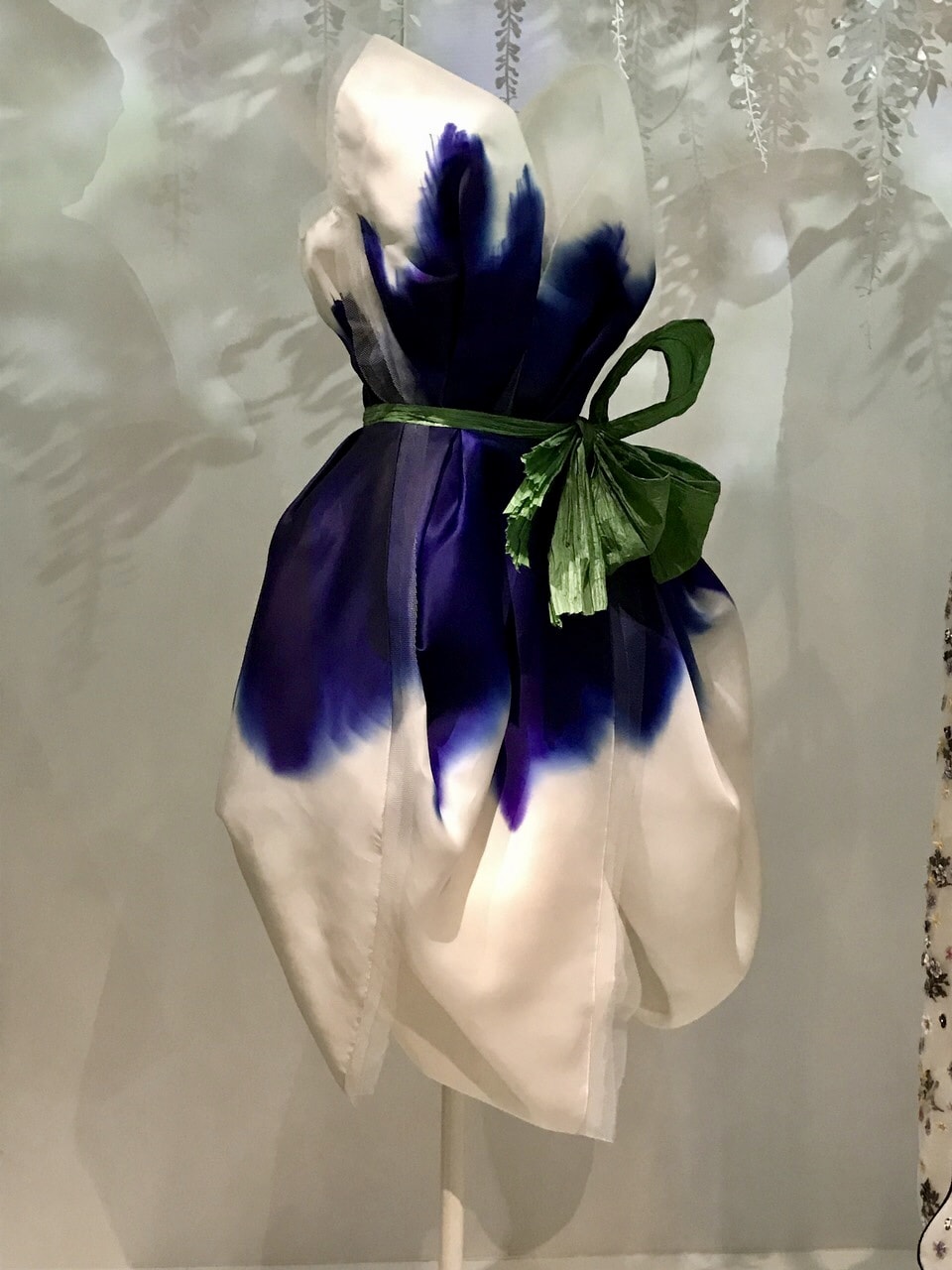 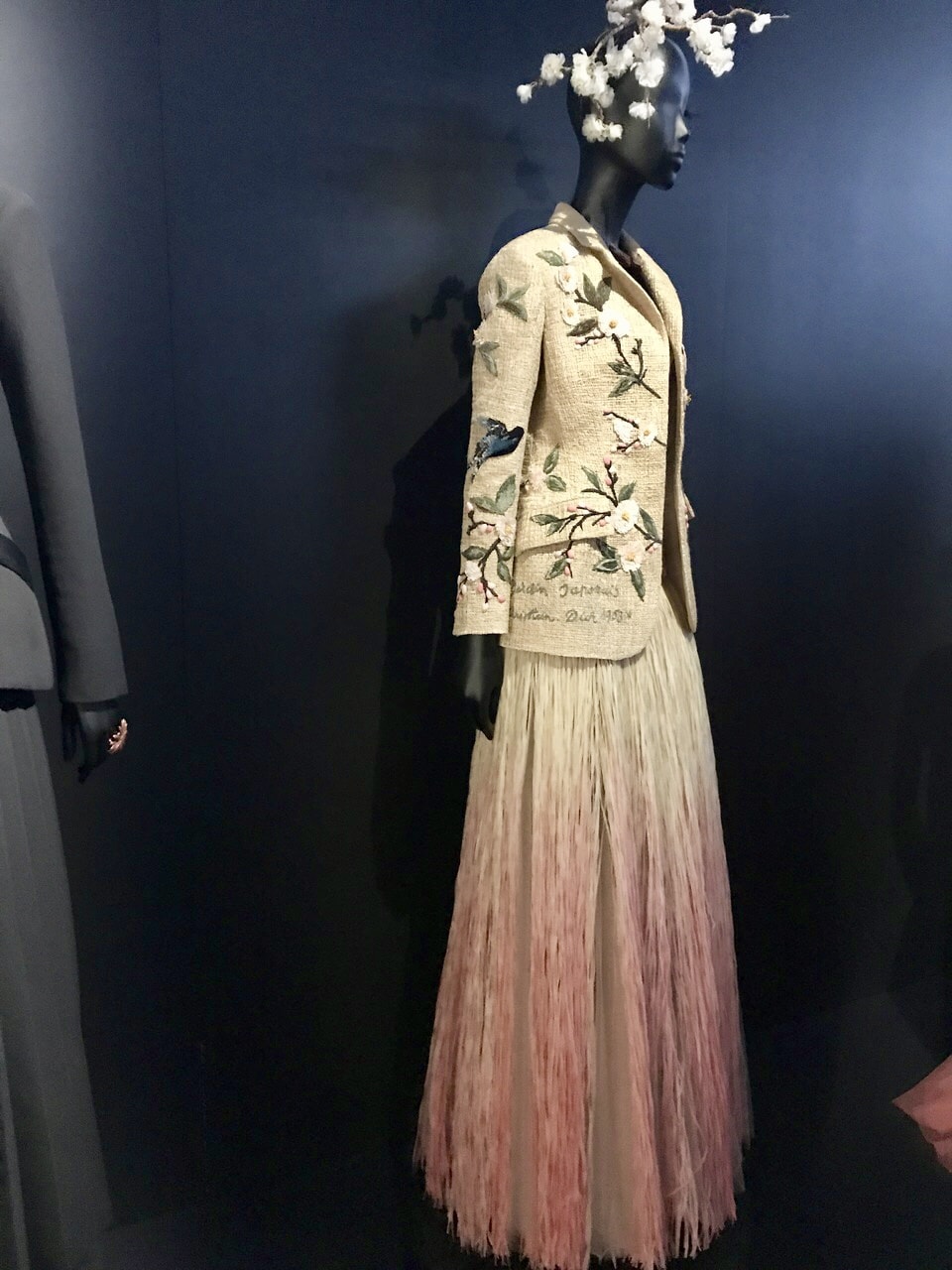 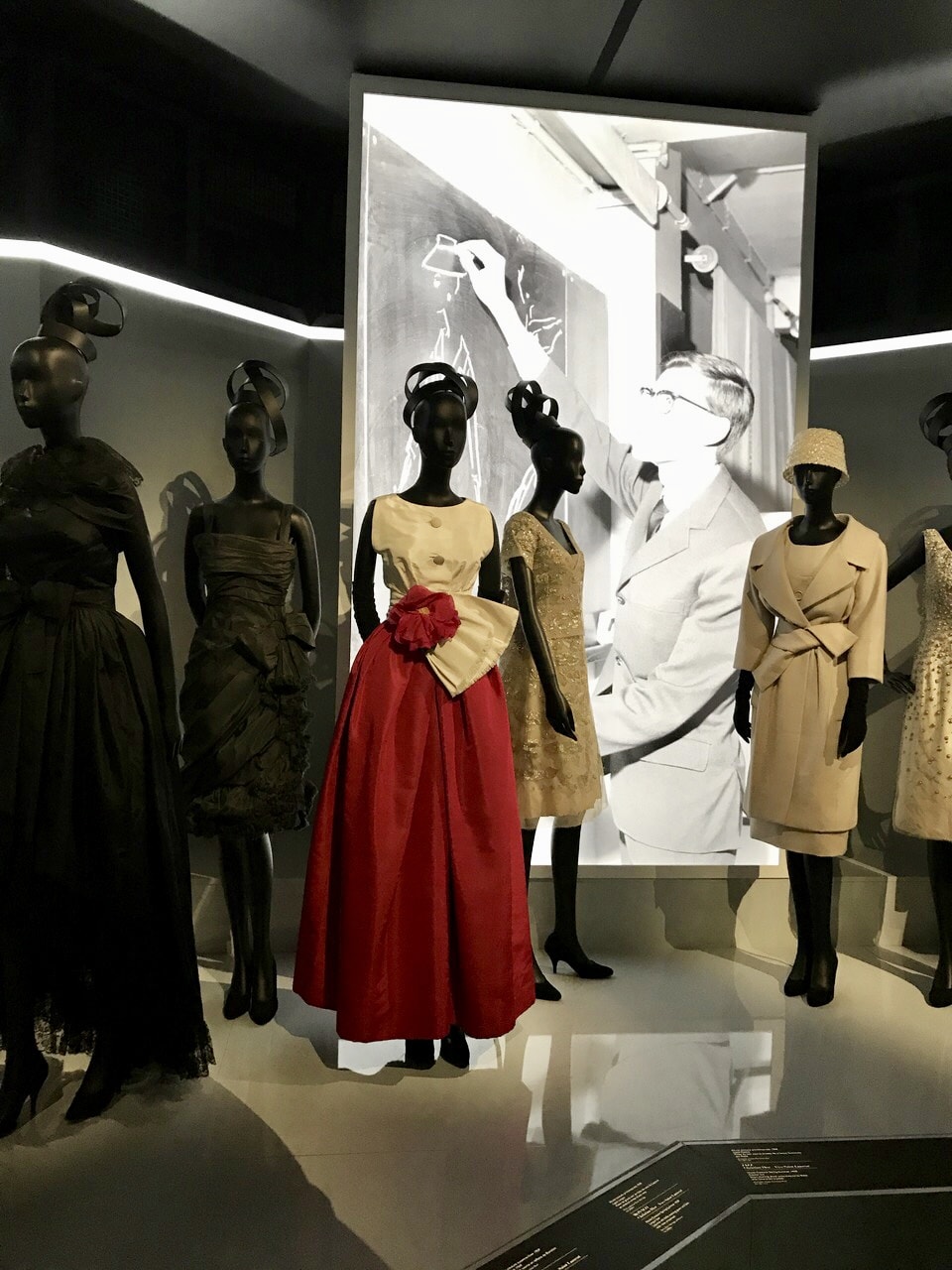 Yves Saint Laurent was Dior’s former assistant and took over when Dior died at the age of 52 in 1957..he was only 21 then-seemed light and unprepared for the weight of the role- but many of the later creations under the name Dior had already come from his hands. 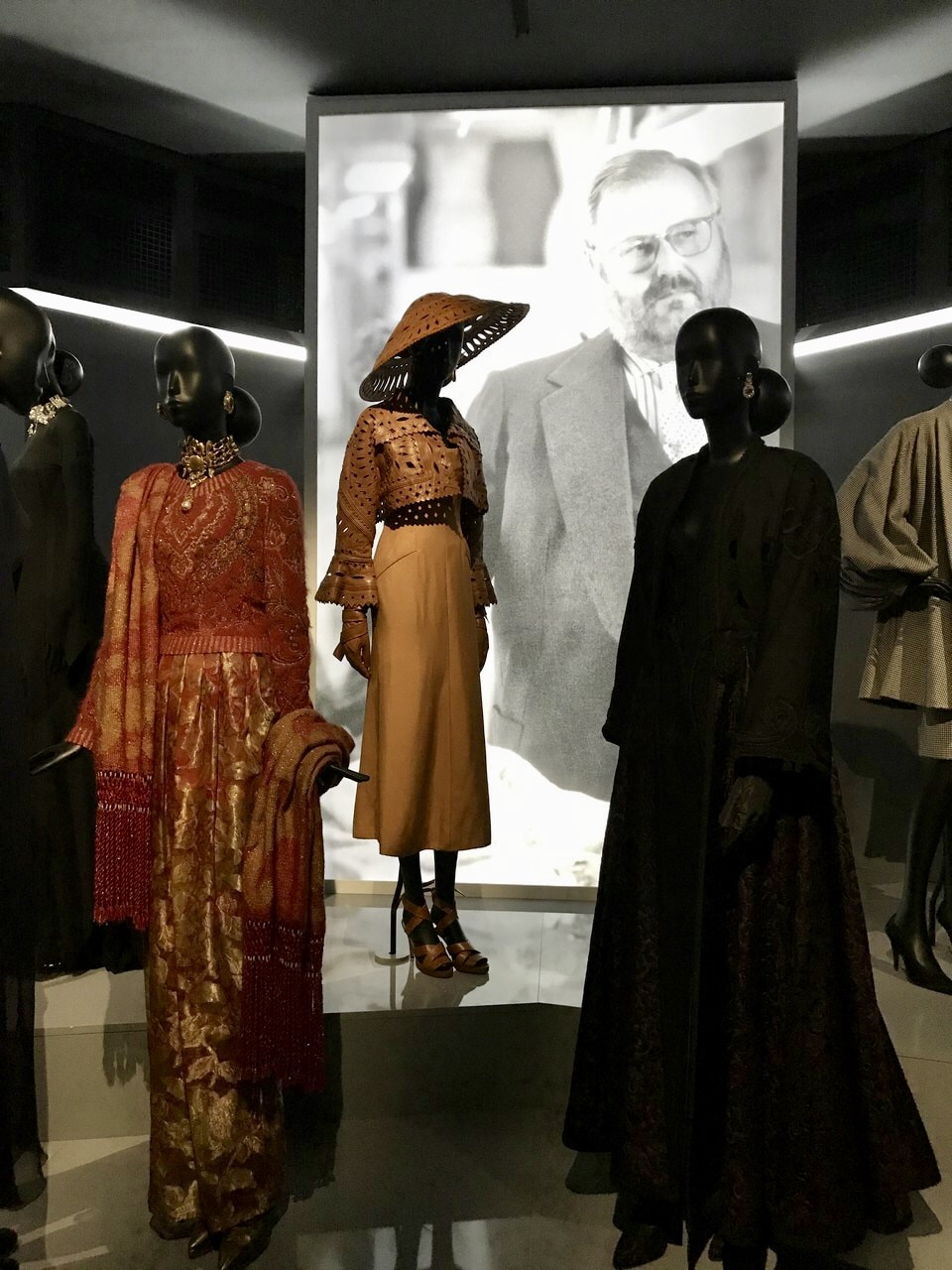 Gianfranco Ferré was the fourth artistic director, and although he was the first had hadn’t known Dior personally, had a lot in common with him apart from their physical resemblance..the love of decoration, stylized silhouettes, glamour and adoration of unabashed femininity. 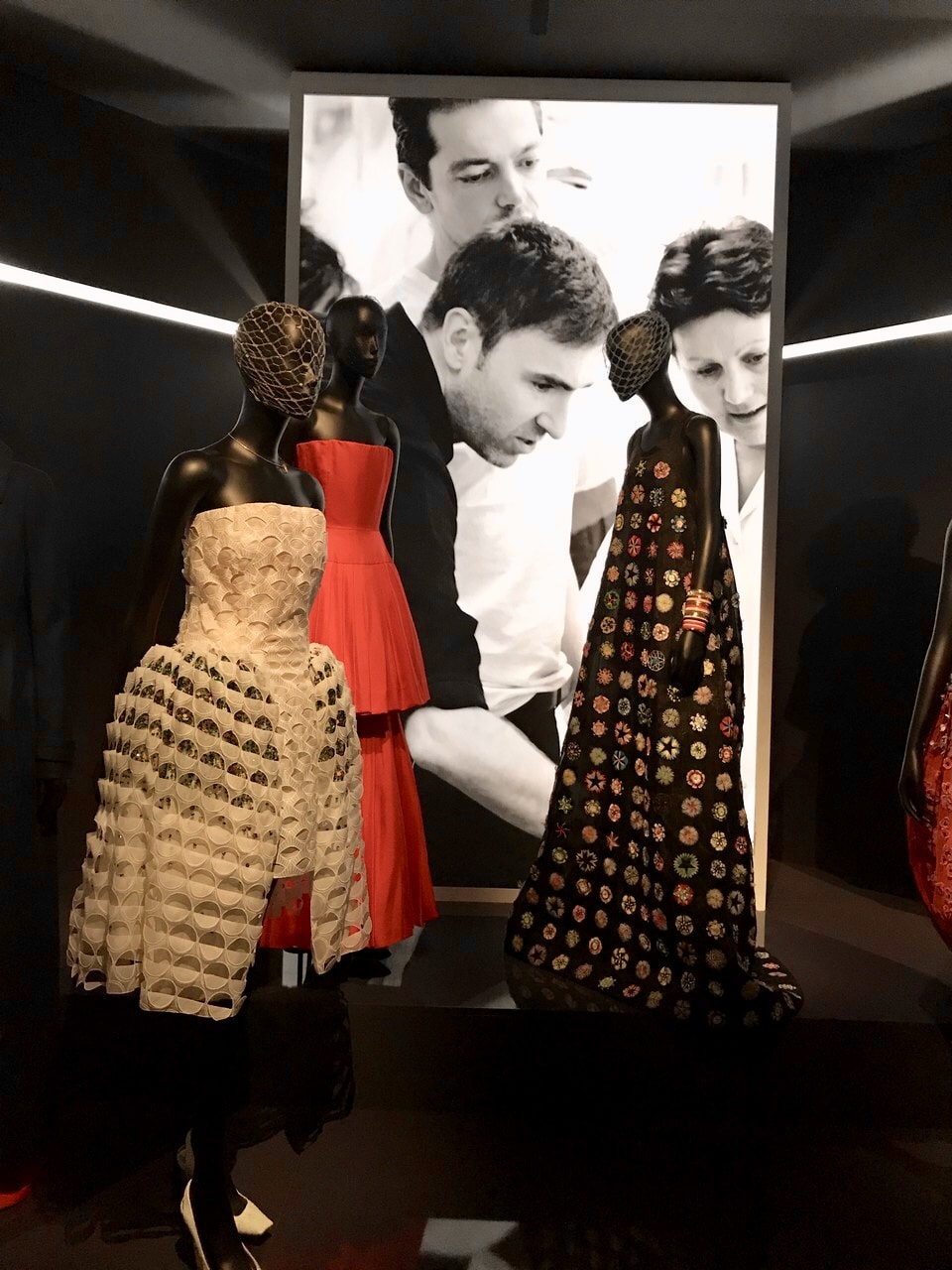 Raf Simons said : i m trying to bring a lot of reality to Dior, which relates to how women live their lives today. 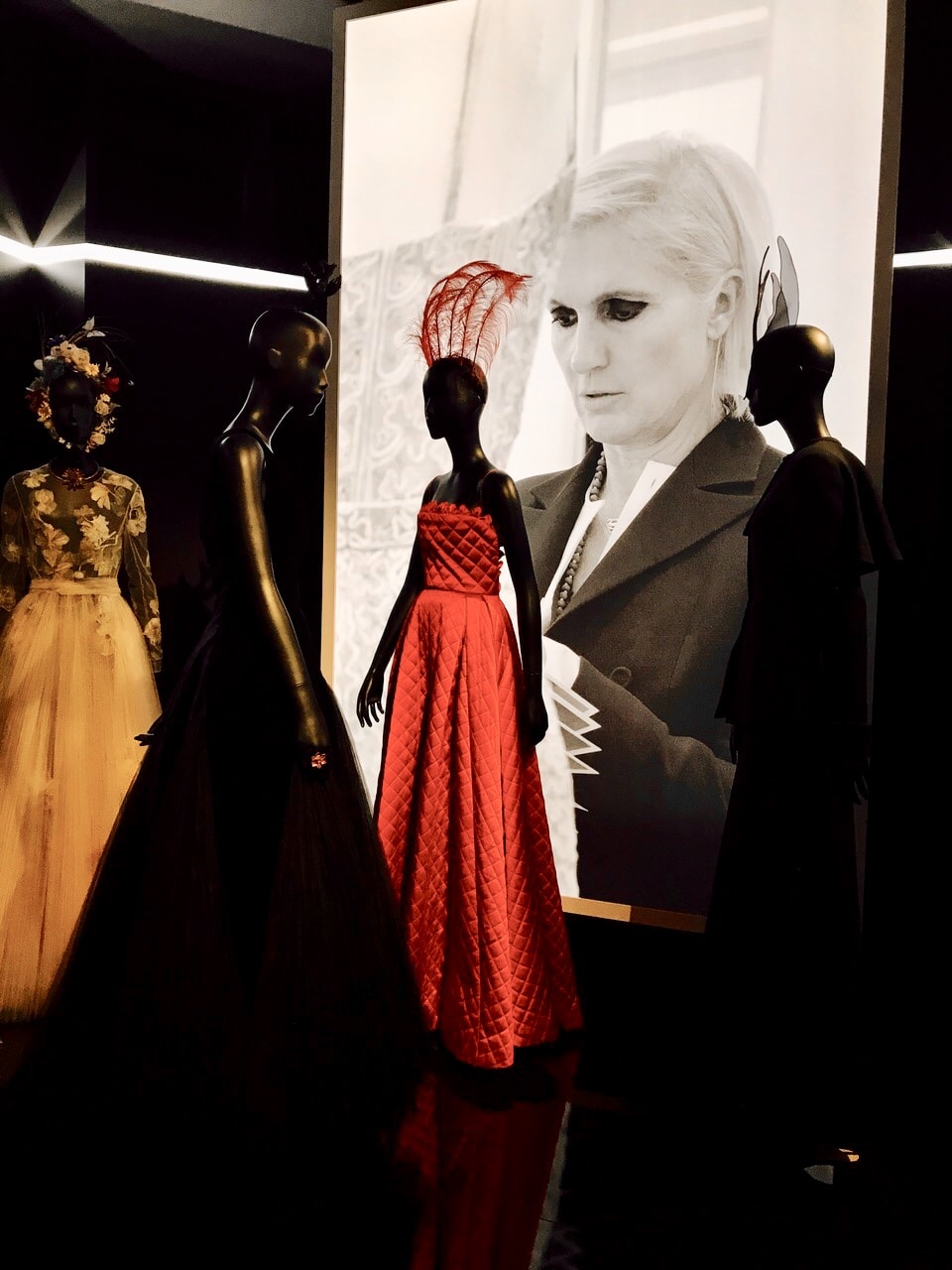 Maria-Grazia Chiuri,  the former co-creative director of Valentino, is the first woman to be appointed Dior’s artistic director after 69 years guided only by male designers. 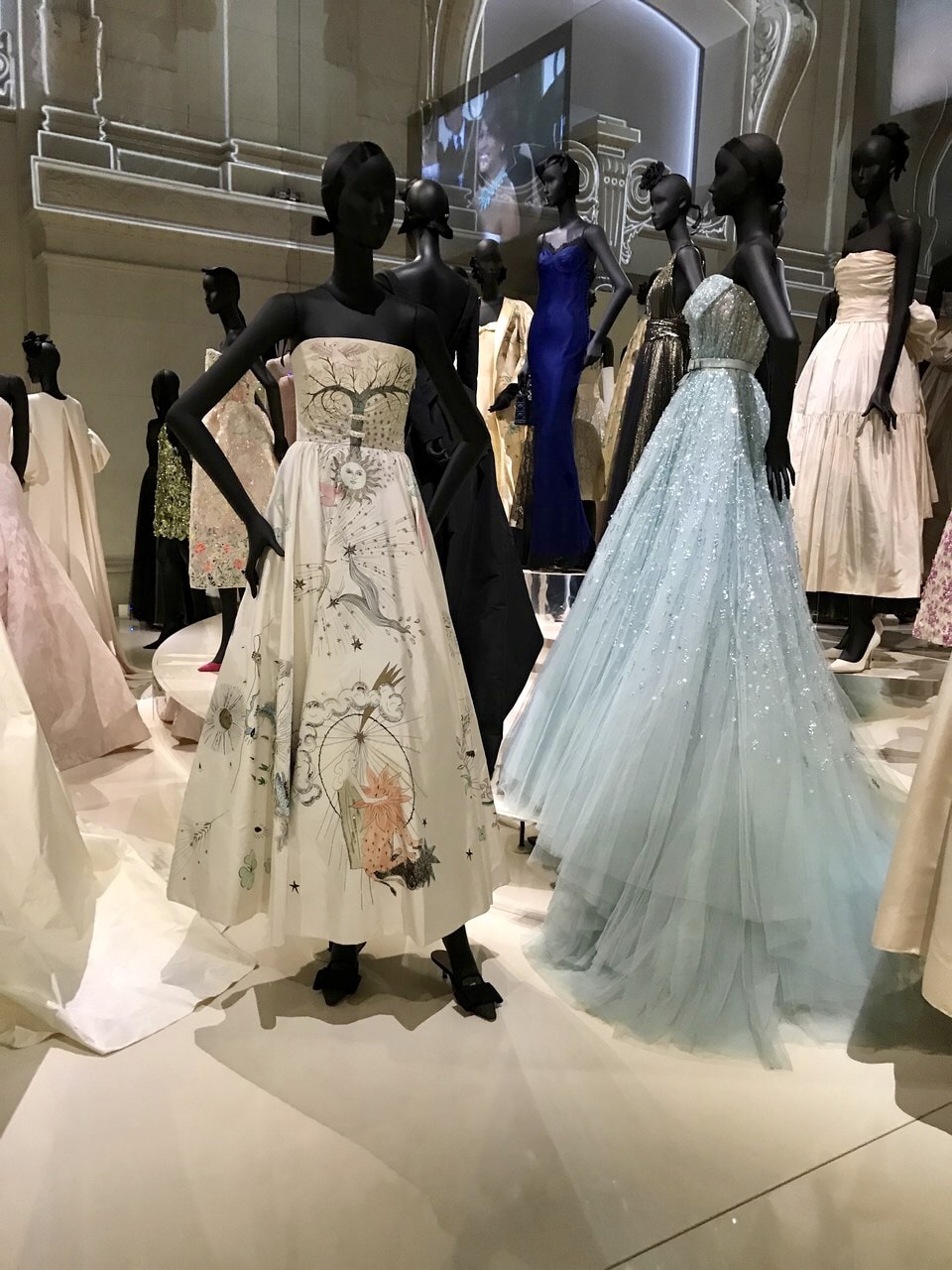 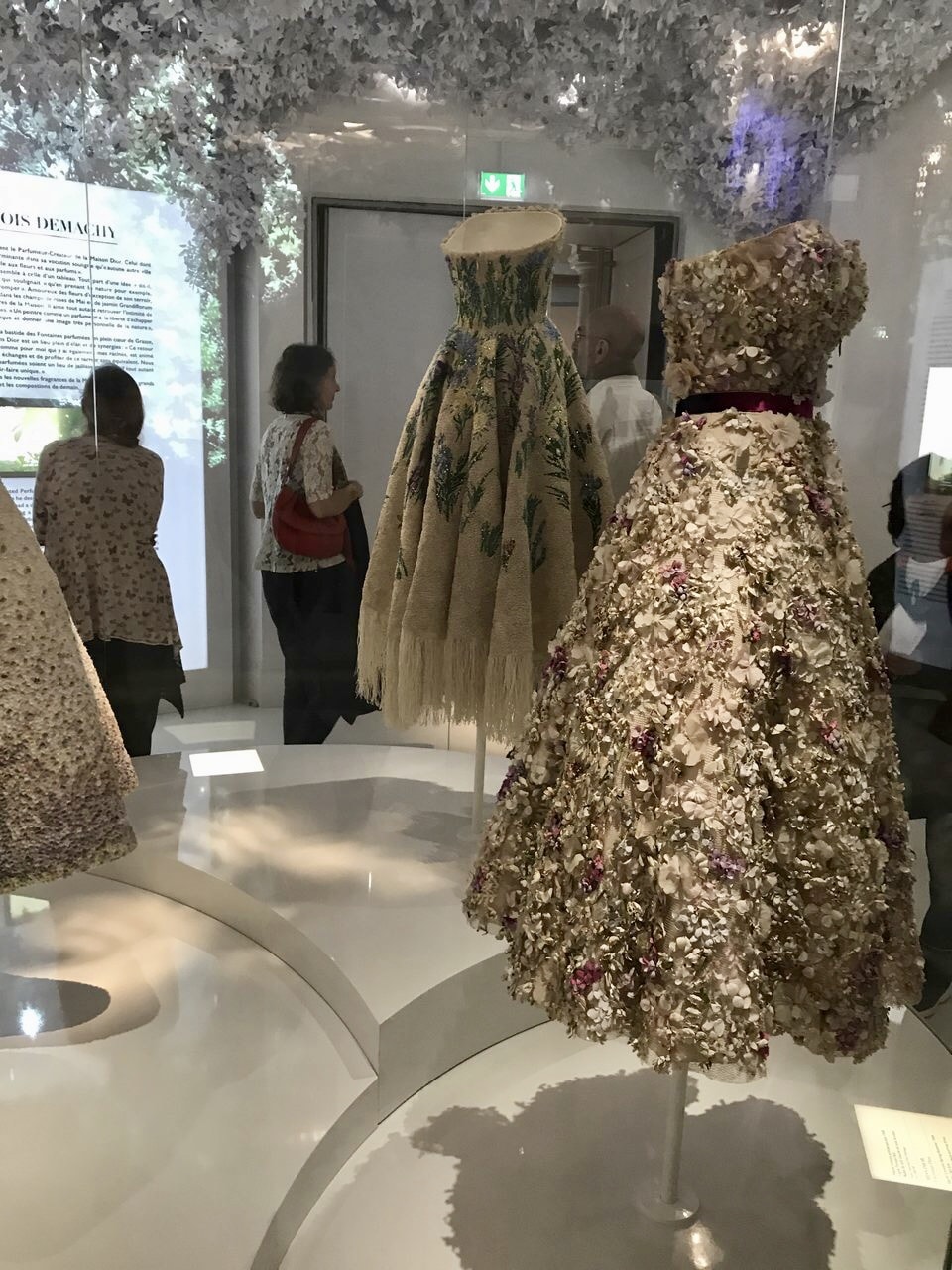 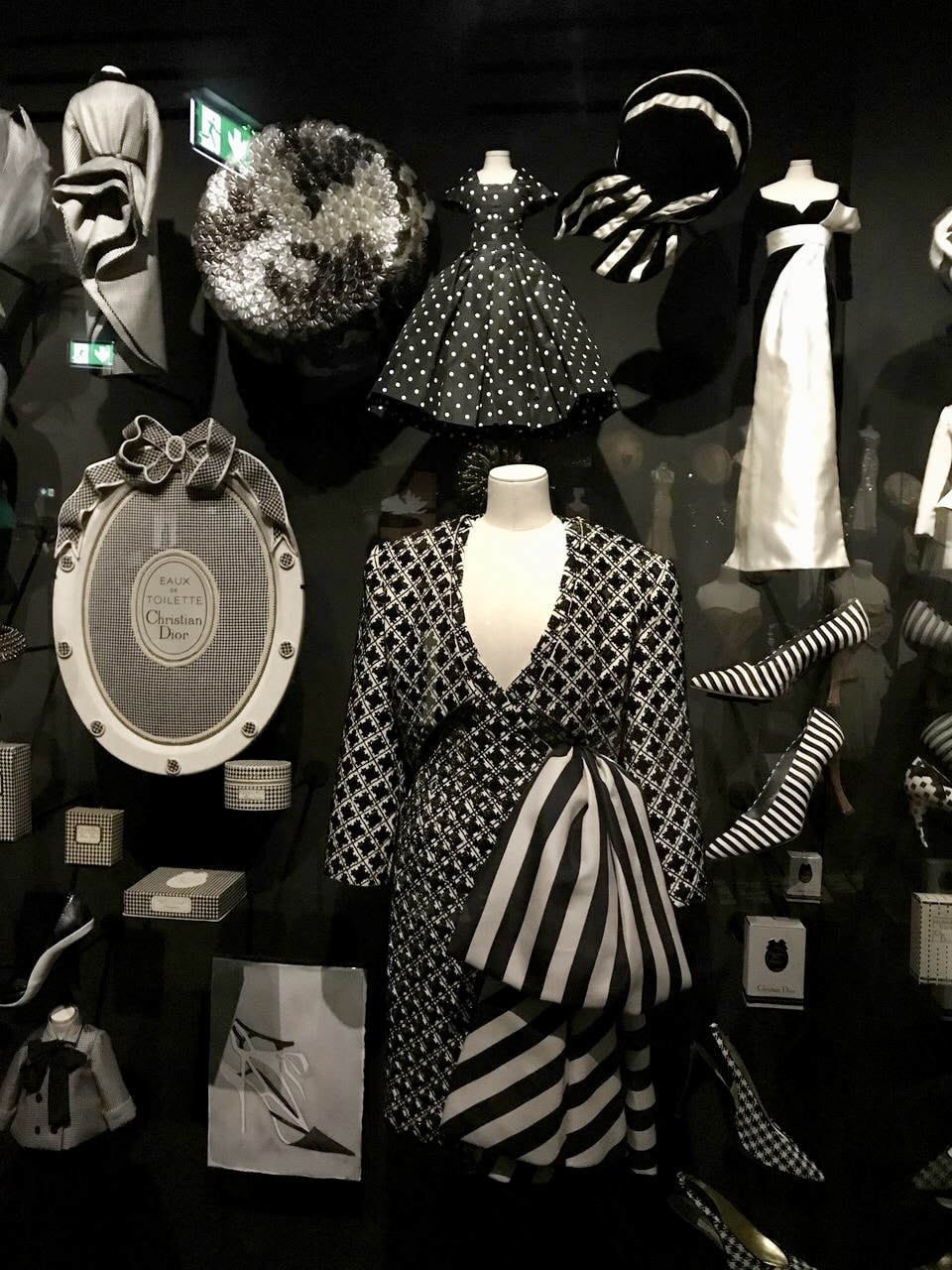 The section “colorama” with tiny dresses samples and accessories sit side by side  takes the visitor on a colourful discovery of over 300 haute couture gowns and more than 1000 accessories, stretching from the first creations to present day. 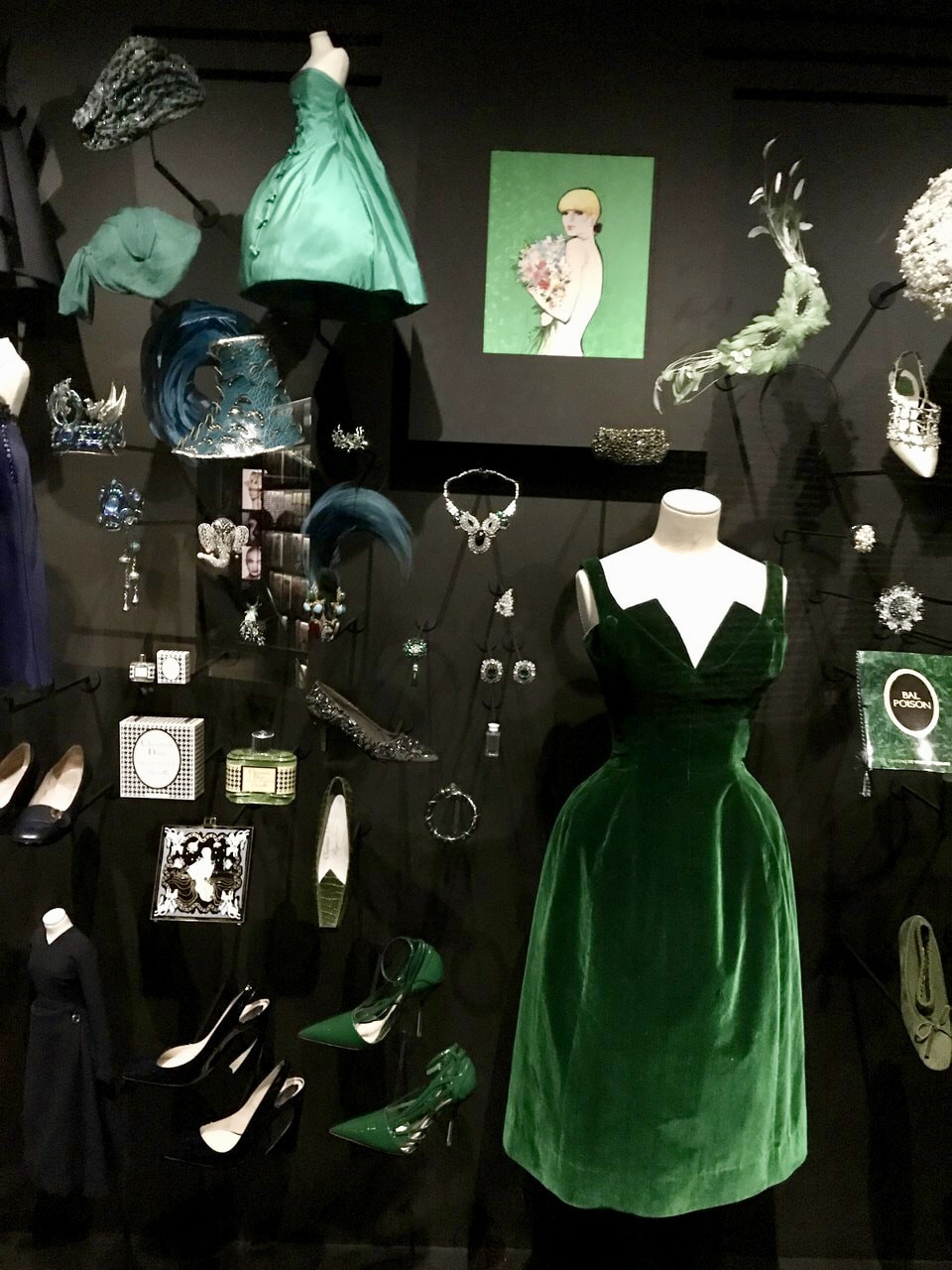 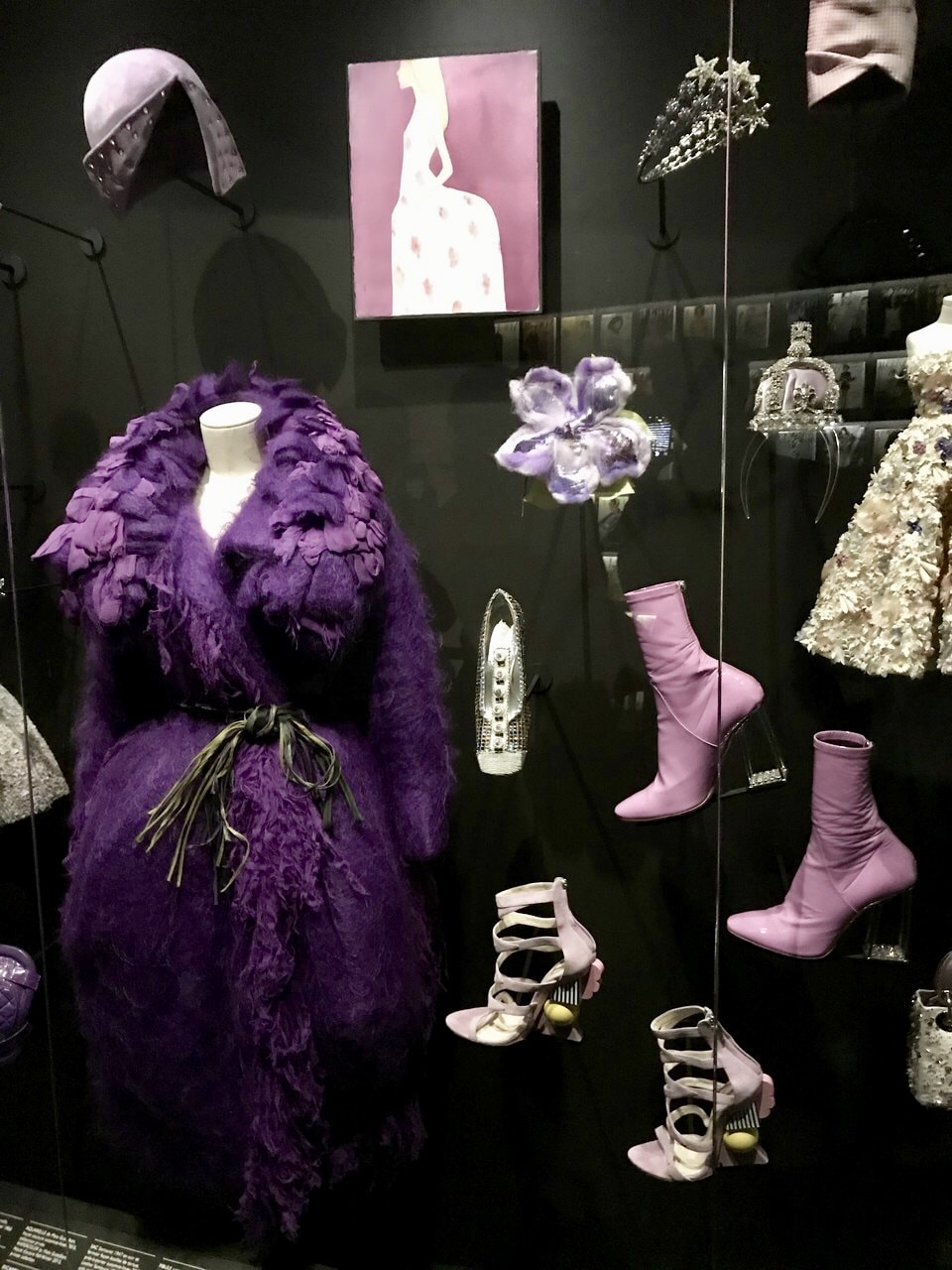 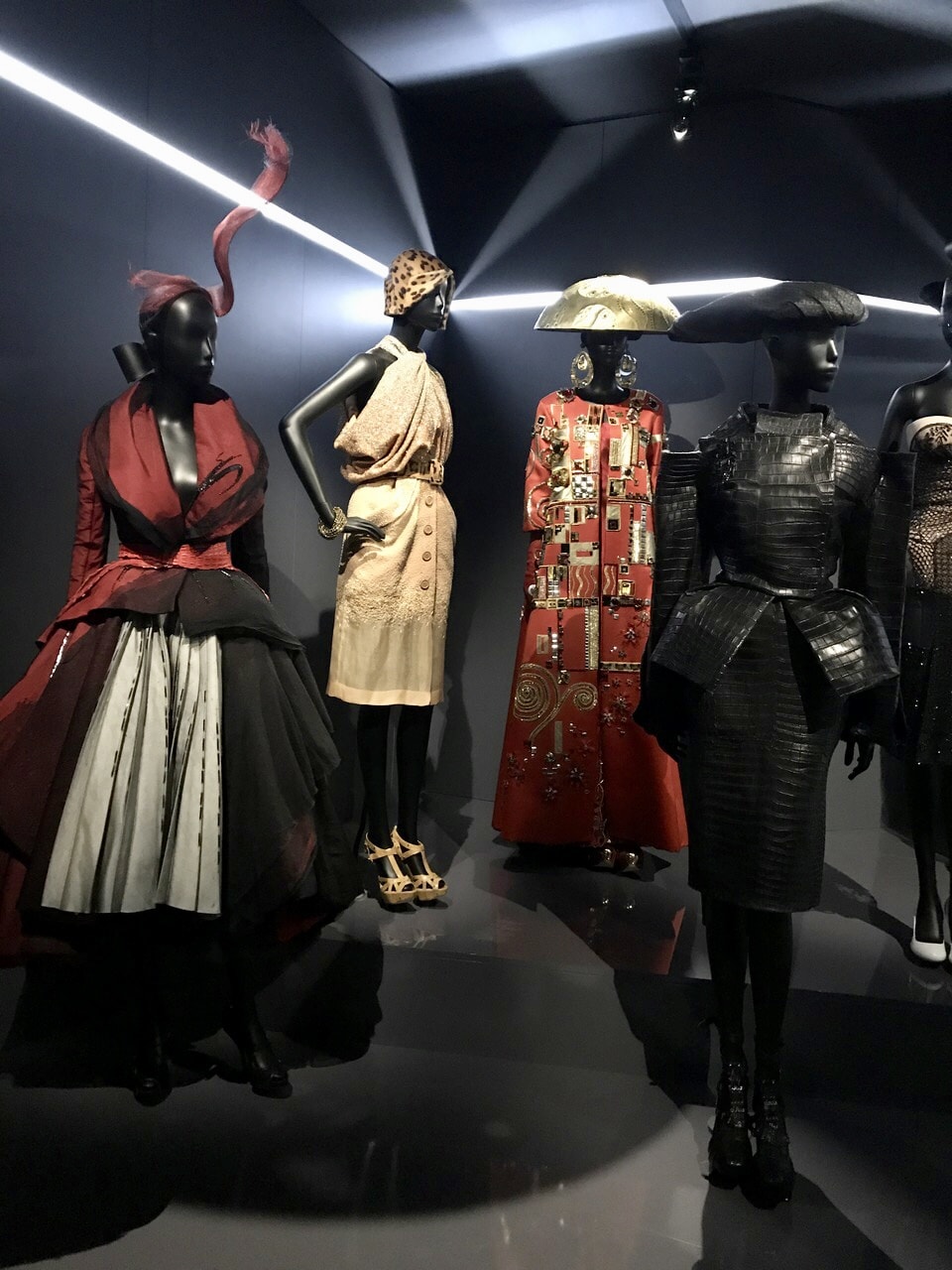 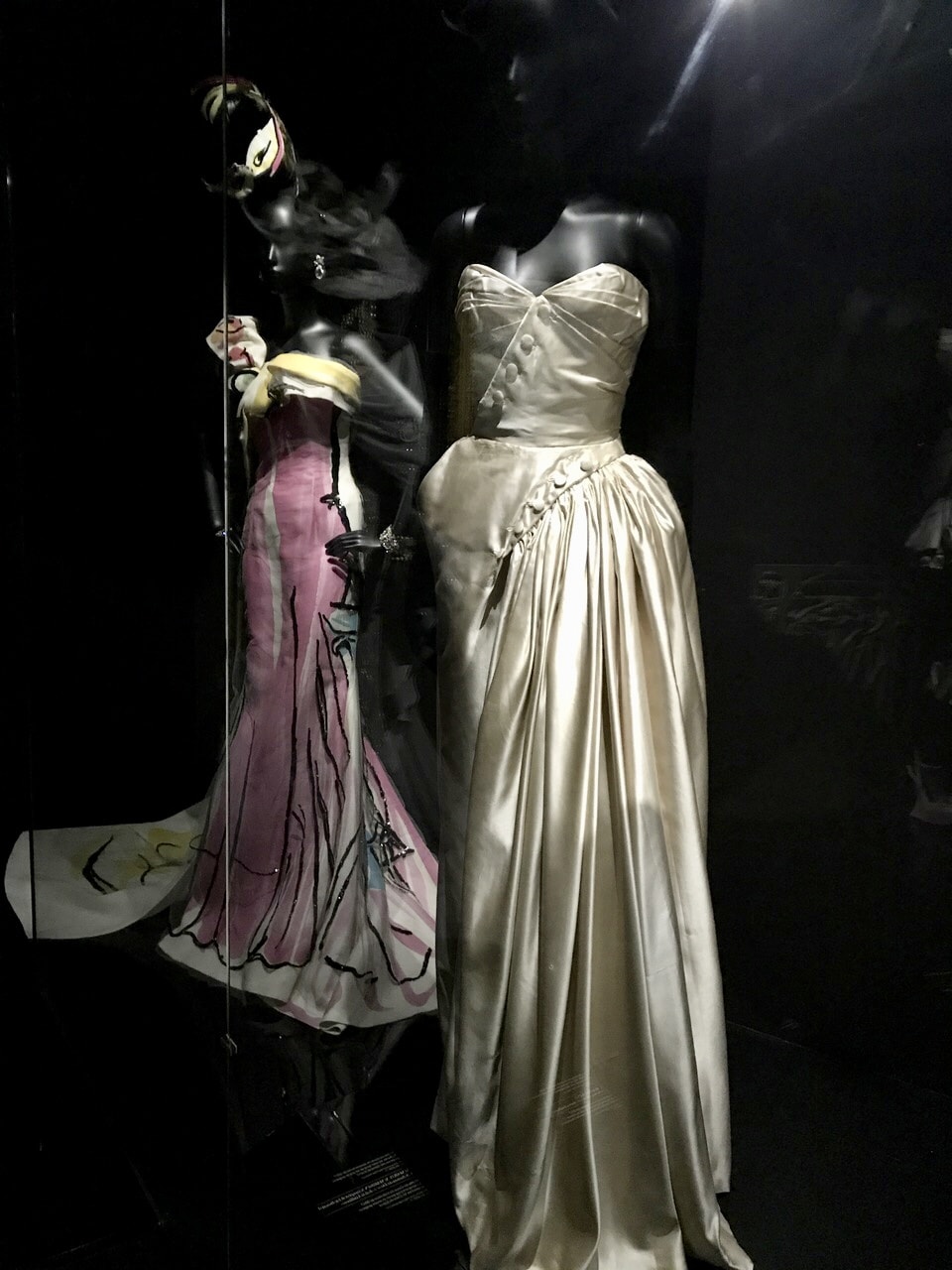 The house of Dior has been established in 1947 in Paris devoted to clothes of gran luxe. Dior’s first show took place in a salon freshly painted a gentle dove grey, it’s neoclassical decor a million miles from Gabrielle Chanel’s honey hued modernism on the rue Cambon or Schiaparelli’s arresting surrealist high jinks in place Vendome. Dior was the home of new.. The couturier himself didn’t have the temerity to call his clothes new. That came from the editor-in-chief of America’s Harper’ s Bazaar, Carmel Snow, who feted Dior for dresses that had such a new look..But the Dior showed then that was more than that..it was a revelation, a revolution, the supreme fashion moment.

Dior’s debut was unprecedented, its influence unparalleled. No designer before or since has wielded so much power so immediately.