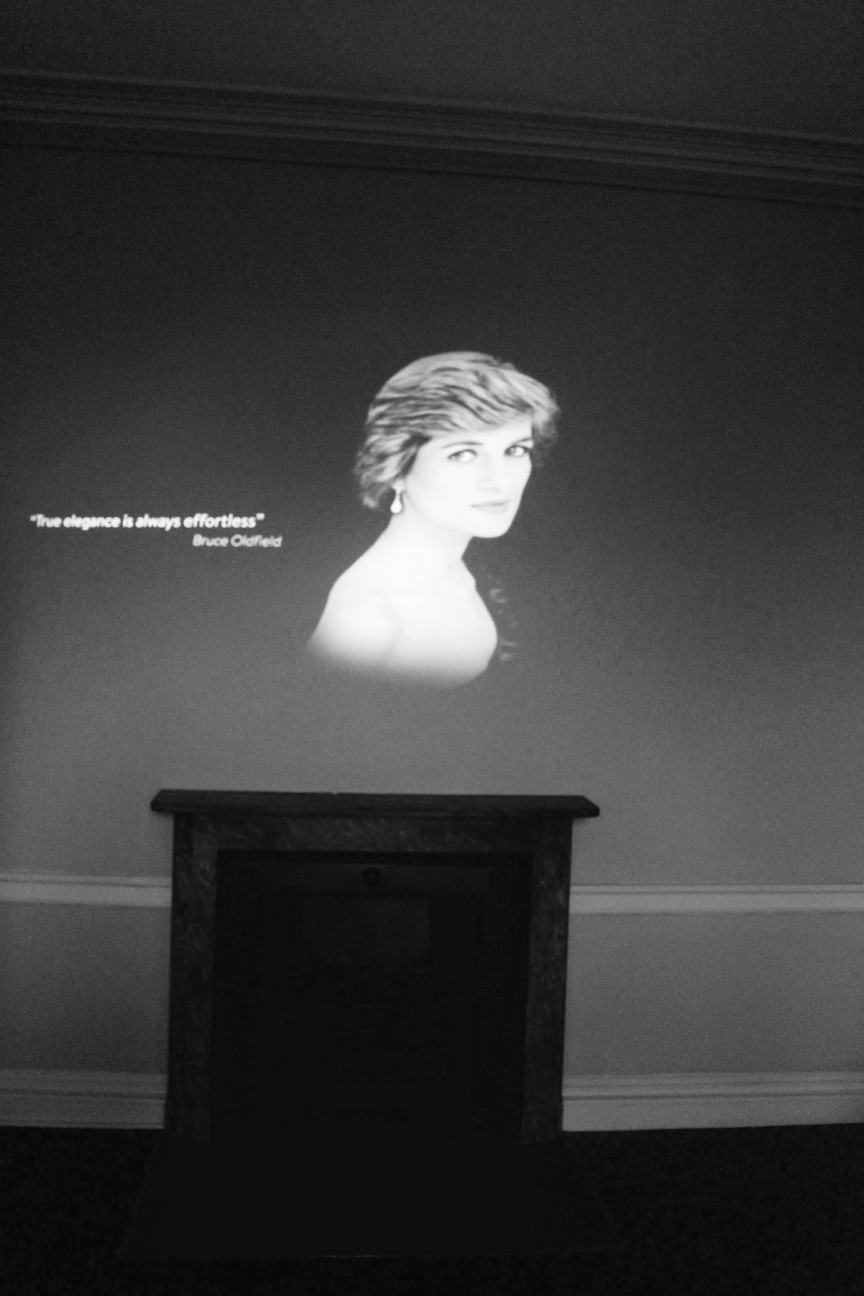 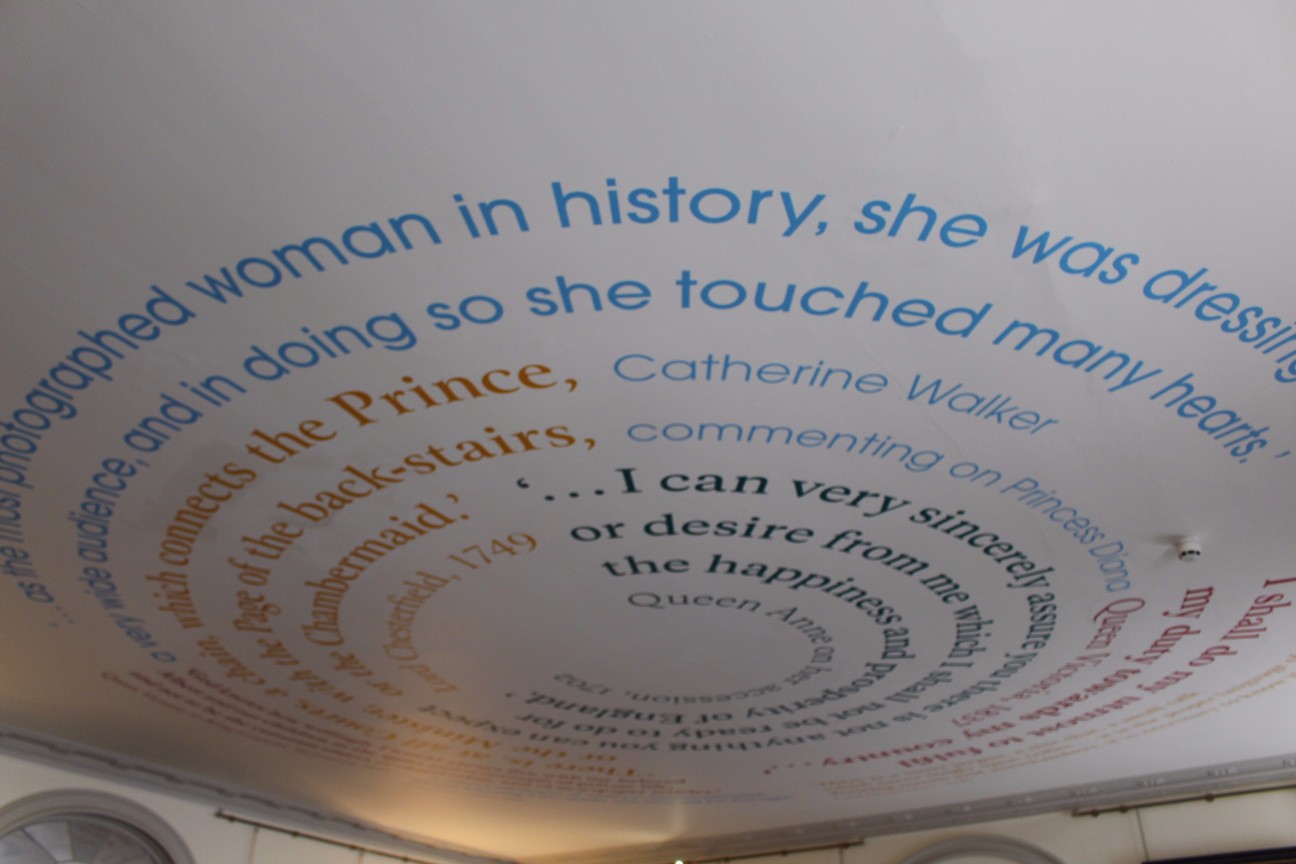 Beautiful ceiling artwork at the entrance of the exhibition 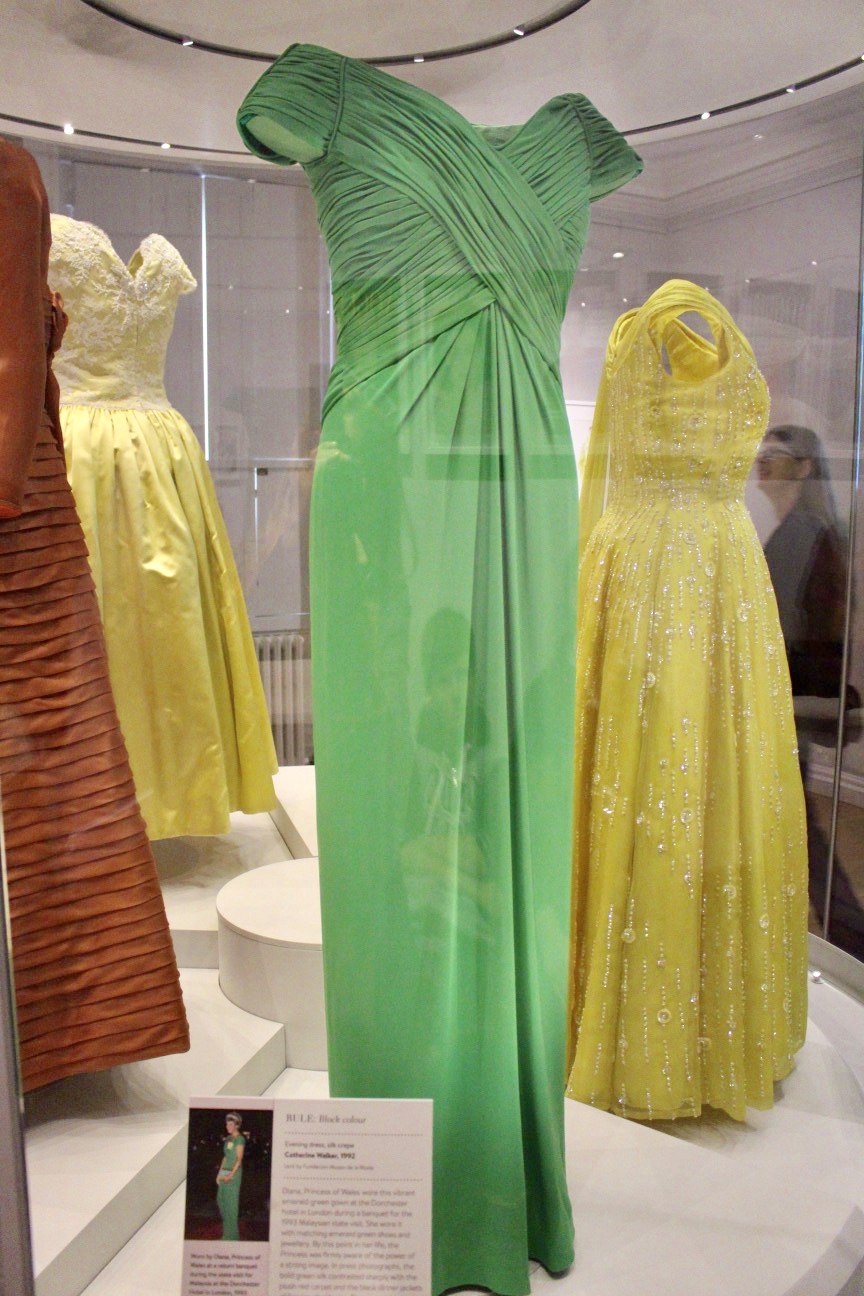 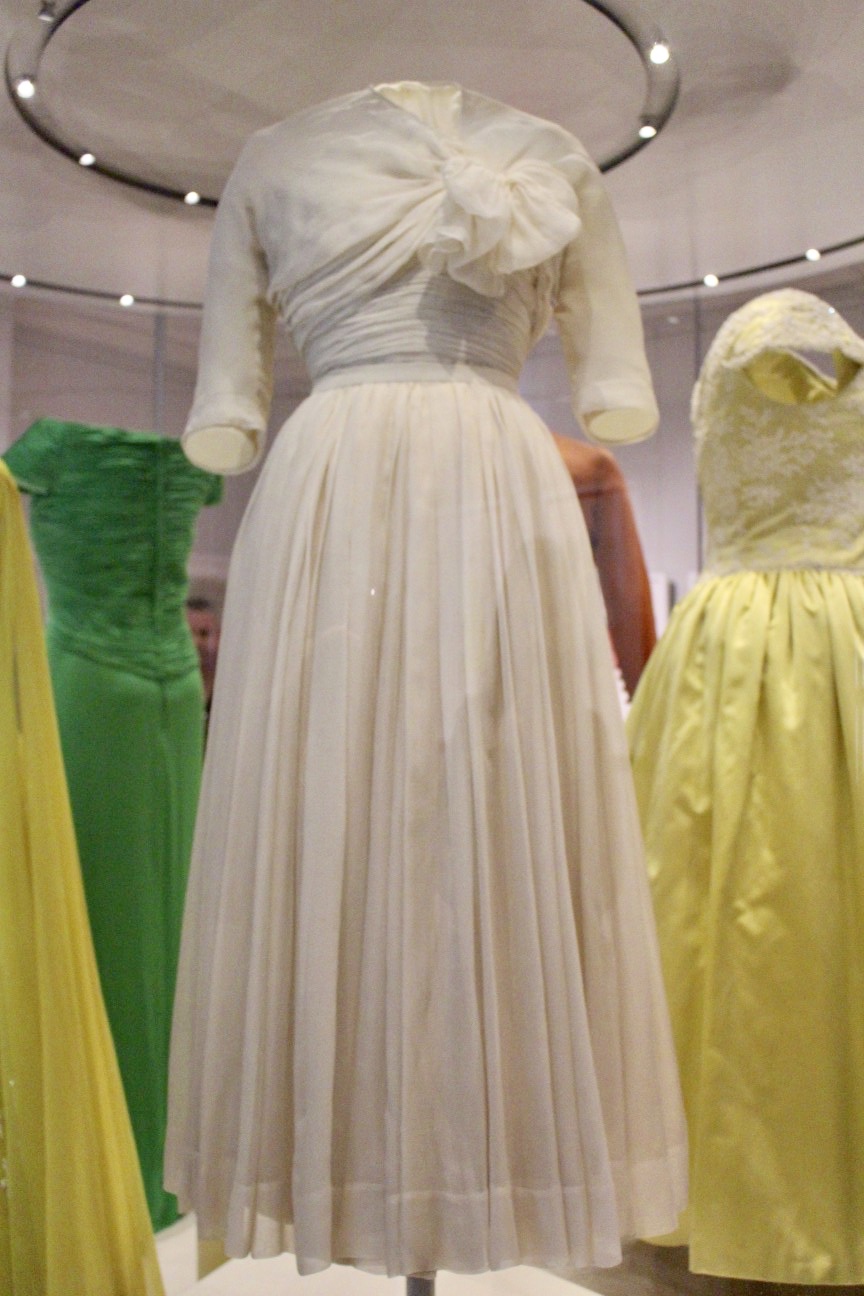 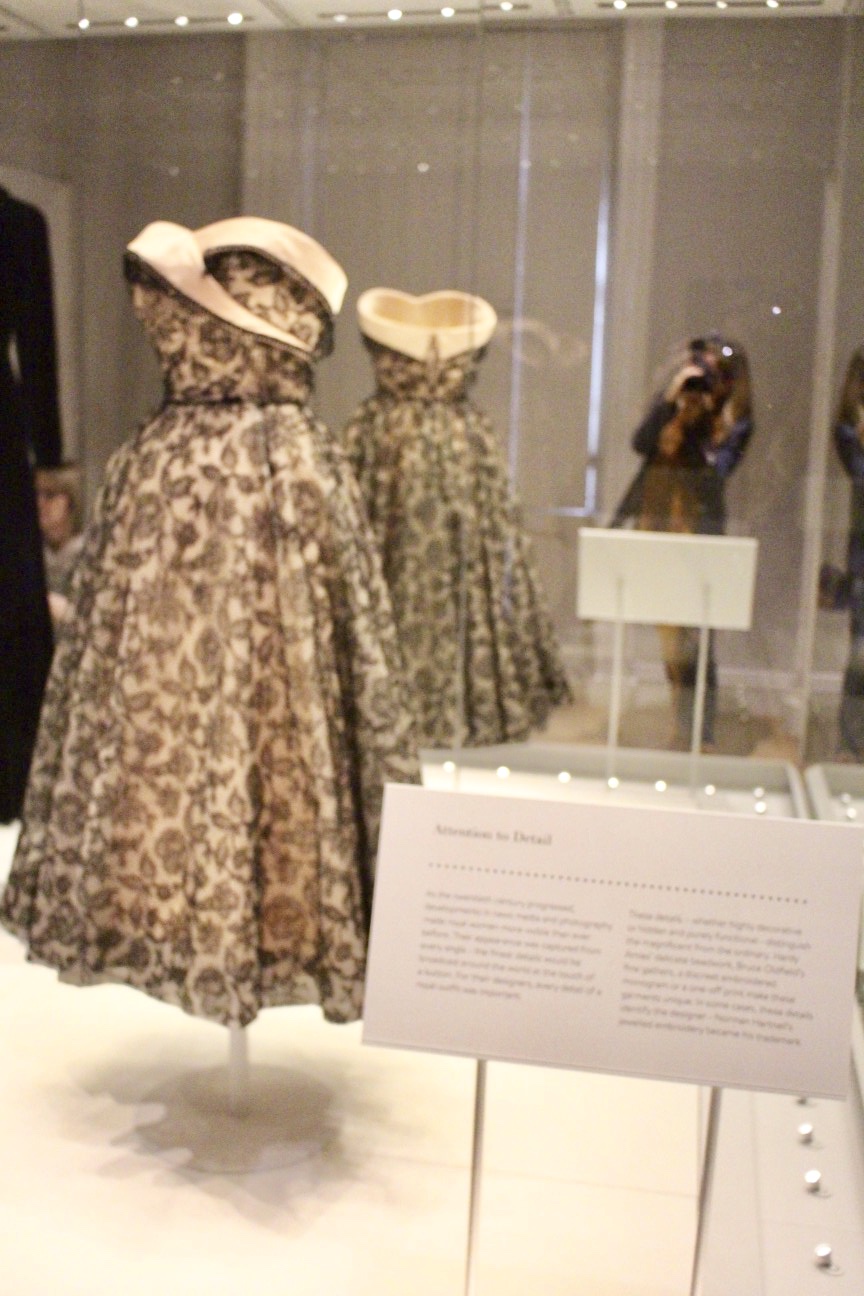 Attention to Detail- As the twentieth century progressed, developments in news media and photography made royal women more visible than ever before. Their appearance was captured from every angle- the finest details would be broadcast around the world at the touch of a button. For their designers, every detail of a royal outfit was important.These details – whether highly decorative or hidden and purely functional – distinguish the magnificent from the ordinary. 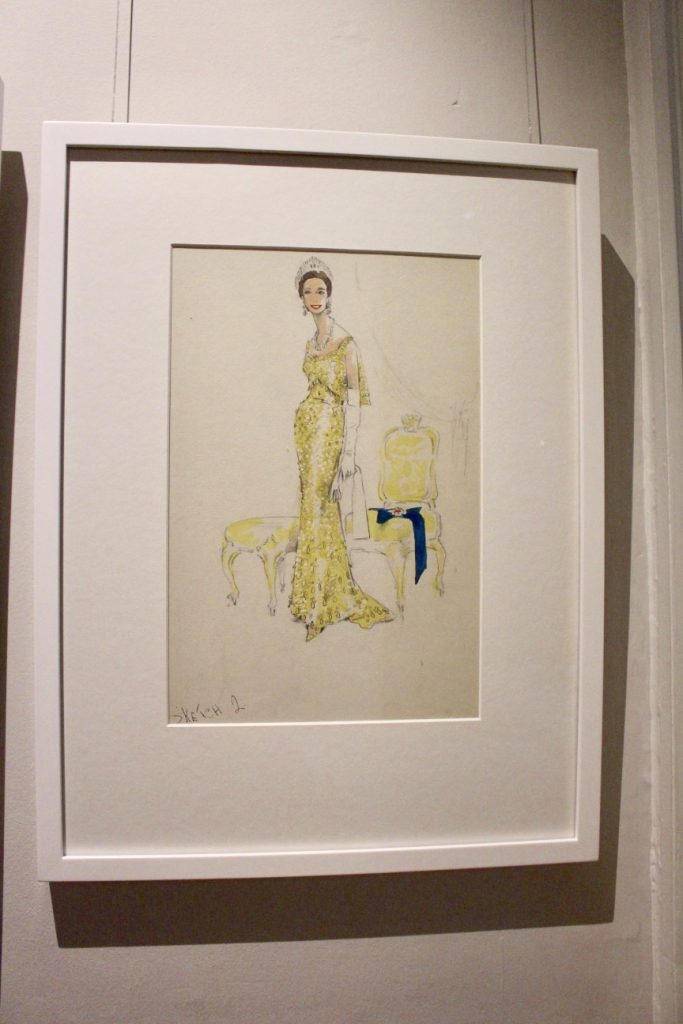 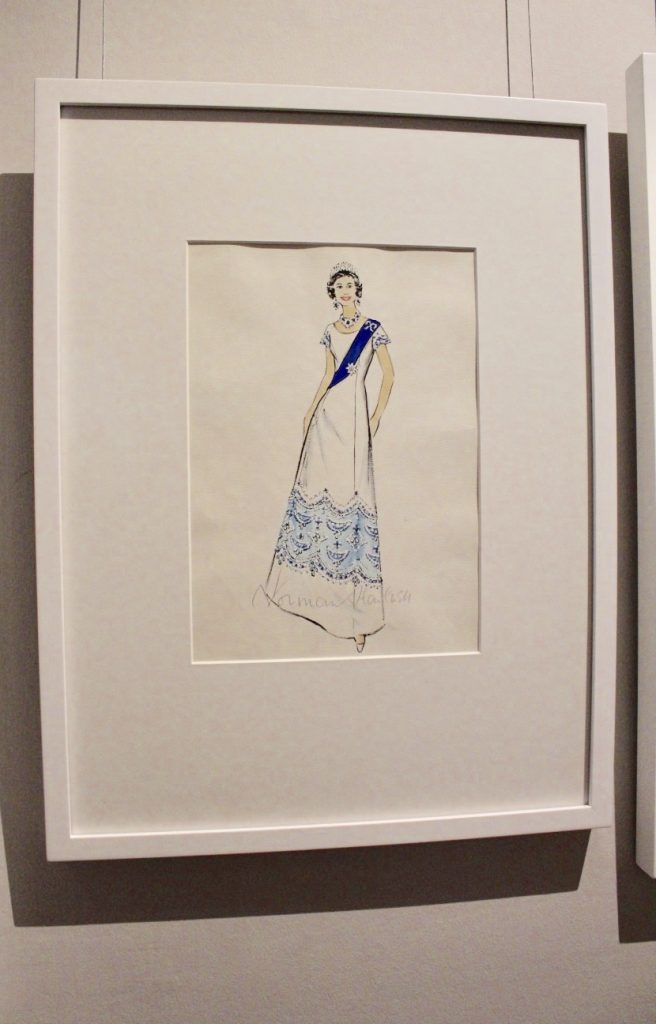 Illustrations for The Queen by Norman Hartnell 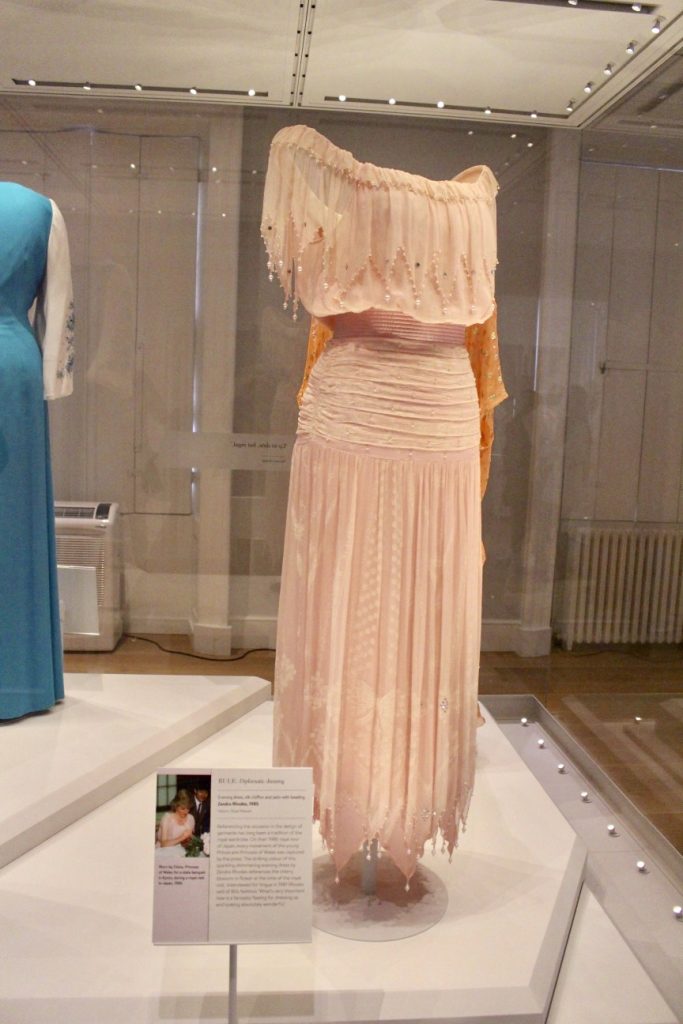 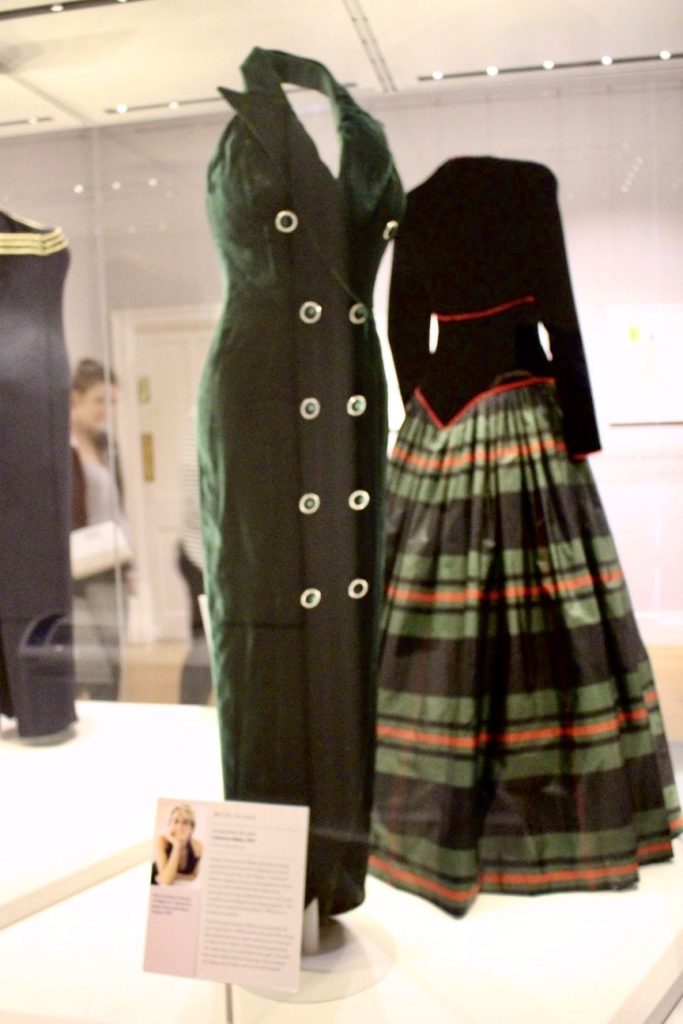 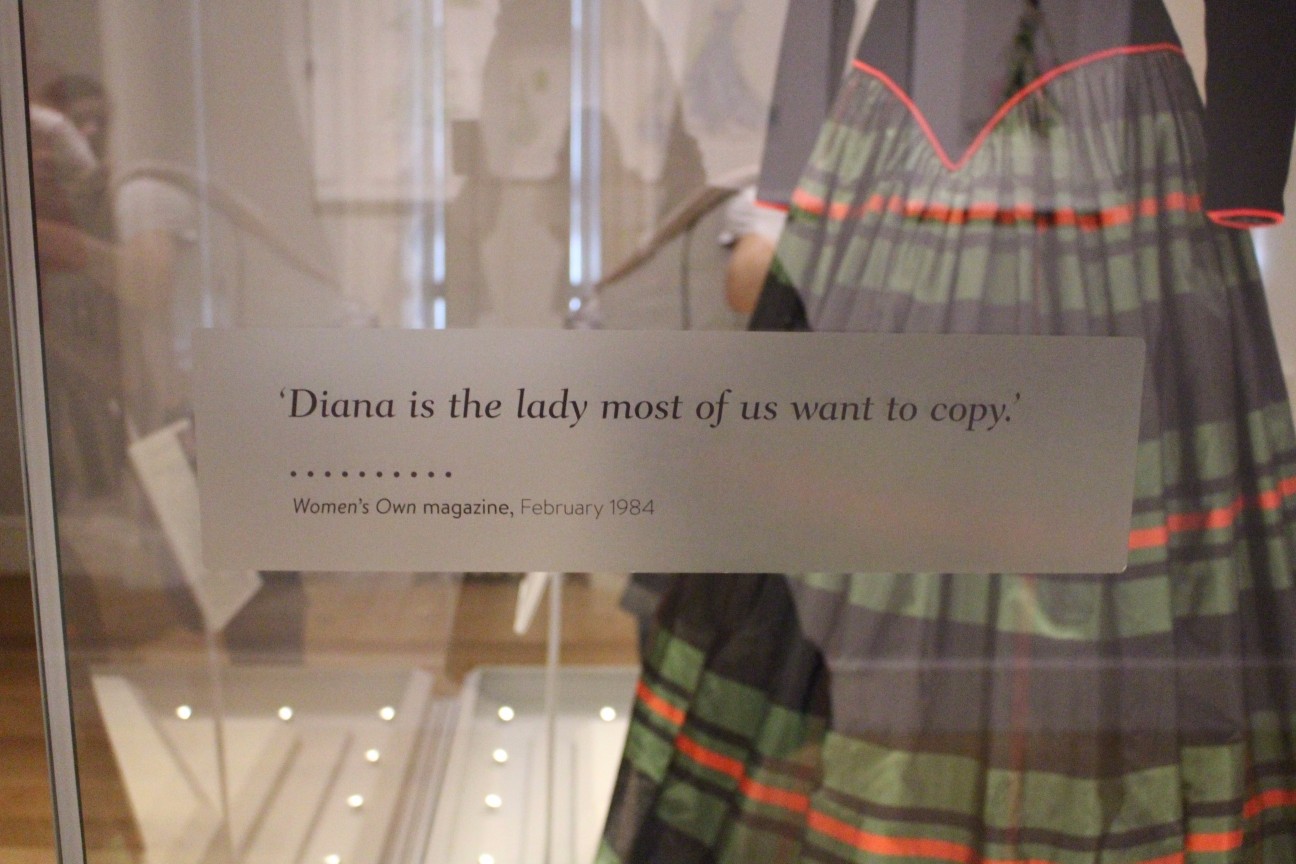 One of the most beautiful exhibitions that i have seen was last year in London at Kensington Palace. A journey through four decades of fashion, the Fashion Rules Restyled, displayed 21 frocks spotted by threeof the 20th century’s most famous women- Queen Elizabeth II, her sister Princess Margaret & Diana, Princess of Wales.

The display explores how these women navigated the fashion “rules” defined by their royal duties in unique style. Nipped-in waists and voluminous skirts were the height of fashion in the 1950’s, draped fabrics in the 60’s and 70’s, dropped waists and asymmetric silhouettes in the 80’s and sharp tailoring in the 90’s. These were fashion rules that everyone – including members of the royal family – dressed by.

The couturiers worked with their royal clients to create impactful garments that set the scene for high – profile occasions, played a diplomatic role and adapted trends to suit their tastes. These royal women set their own rules, in turn leading fashion and taste among admirers all over the world.